SEOUL, Feb. 2 (Yonhap) -- U.S. Forces Korea (USFK) said Tuesday that it has not issued advance furlough notices to its South Korean employees as the two countries are working on a "new, comprehensive" defense cost-sharing deal.

The U.S. military was expected to begin sending thousands of South Korean workers a 60-day notice that they could be put on unpaid leave in April if Seoul and Washington fail to reach an agreement on a new Special Measures Agreement (SMA) that stipulates how much Seoul will pay for the upkeep of the 28,500-strong USFK.

Last year, more than 4,000 South Korean workers were on the unpaid leave for 75 days amid stalled negotiations. The furlough ended after South Korea funded the labor costs for all USFK Korean workers through the end of that year.

"We have not issued furlough notices at this time. U.S. and ROK governments are currently engaged in earnest negotiations toward a new, comprehensive Special Measures Agreement that will strengthen the Alliance, support the stable stationing of U.S. troops on the Korean Peninsula and remove the near-term threat of furloughs," USFK said in a statement sent to Yonhap News Agency.

A defense ministry official in Seoul also said that discussions are now under way on how to cover their wages and "related, broader issues."

The last SMA deal expired at the end of 2019, and negotiations for a new one have made little progress after Washington under the Trump administration demanded a 50 percent increase from the previous deal, saying Seoul should pay more for its defense. South Korea has offered a maximum 13 percent raise.

The new Biden government has pledged to strengthen its alliance with South Korea and other allies. 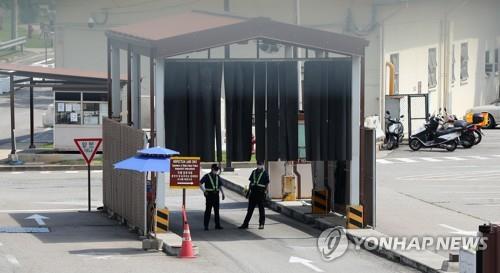