SEOUL, Feb. 2 (Yonhap) -- The chairman of the ruling Democratic Party (DP) on Tuesday flatly dismissed suspicions that President Moon Jae-in offered to help build a nuclear power plant in North Korea during his first summit with the North's leader Kim Jong-un in 2018.

"As far as I remember, no North Korean nuclear power plant was mentioned in the inter-Korean summit, and there was no such mention in the USB memory stick President Moon Jae-in delivered to Chairman Kim," Rep. Lee Nak-yon said in his parliamentary address marking the recent launch of a monthlong extra parliamentary session.

Lee stressed that he was serving as prime minister, to whom the state spy agency reports all important intelligence on inter-Korean relations and North Korea.

He recalled that "President Moon instructed relevant government ministries not to jump the gun on matters regarding inter-Korean summits," adding that Moon wanted to have step-by-step, rather than dramatic, progress in inter-Korean ties.

"The main opposition leaders crossed the red line. It inflicted assaults on the president, which cannot be overlooked," Lee warned. "The party will have to take responsibility for its false accusations," he added.

Lee's remarks came as a political row intensified over media-raised allegations that the liberal Moon government drafted plans to offer energy assistance to the North, including possibly helping it build a nuclear plant about a week after the first summit talks between the two leaders at the truce village of Panmunjom on April 27, 2018.

Prosecutors recently found that some energy ministry officials indicted in a separate case had deleted a computer file allegedly suggesting the existence of the secret project, right before the state audit agency's inspection into the ministry's energy policies.

The government flatly rejected the speculation as "groundless," saying it was just a "working-level idea," not a formal scheme, on how to promote inter-Korean ties.

The energy ministry on Monday made public the document in question to calm what it called an "unnecessary" political dispute.

But some opposition politicians and newspapers then raised the need to unveil the content of a USB memory stick Moon gave to the North Korean leader during the summit to present a cross-border economic cooperation vision, saying the document contained in the memory stick may include the idea of building a nuclear power plant in the North. 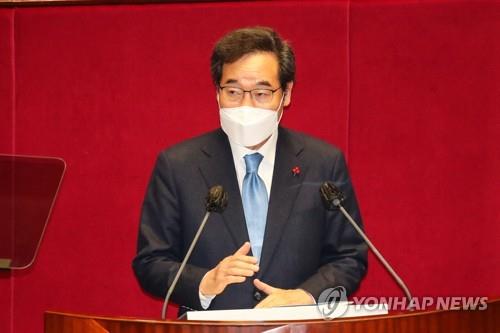