"Our government also calls for the immediate release of State Counsellor Aung San Suu Kyi and others under detention and hopes that the issue will be settled in line with democratic procedures and through peaceful means," he added. 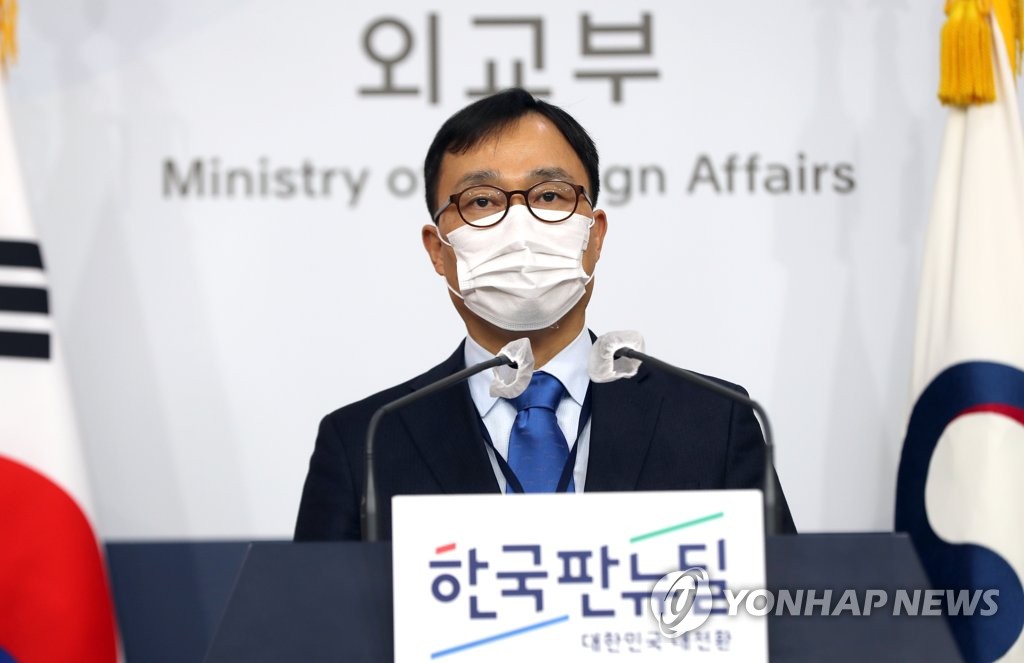 The ministry said that there are no reports of South Korean residents having suffered any trouble related to the unstable political situation in Myanmar. About 3,500 South Koreans reside in the country.

A ministry official said that Korean residents there are suffering from traffic inconveniences, disruptions in telephone services and a temporary suspension of domestic and international flights under the state of emergency.

"To ensure the safety of our citizens and minimize any potential damage, we plan to continue to communicate with the authorities in Myanmar and disseminate situational information through an association of Korean residents there," the official said.

In morning raids on Monday, Myanmar's military authorities detained leaders of Aung San Suu Kyi's National League for Democracy party, doubling down on their claims of fraud in November elections in which her party won a landslide victory.

The military's control of the country drew international condemnation, including from the United States, and raised fears that Myanmar's efforts to consolidate its democracy under civilian leadership would be derailed.