SEOUL, Feb. 2 (Yonhap) -- China hopes South Korea will respect its position on Taiwan and Hong Kong, Ambassador Xing Haiming was quoted Tuesday as saying amid simmering Sino-U.S. tensions over Beijing's policies toward them.

Xing made the remark during a meeting Monday with Kwon Ki-sik, head of the Korea-China City Friendship Association, as the administration of U.S. President Joe Biden reaffirms support for Taiwan, which China regards as part of its territory, and remains concerned about crackdowns on pro-democracy movements in Hong Kong.

"In cooperation with South Korea, China will jointly safeguard multilateralism and work together to build a community sharing the common destiny," Xing was quoted by Kwon as saying during the talks at the Chinese Embassy in Seoul.

"We hope that South Korea will respect China's position on the issues of Taiwan and Hong Kong," Xing added. 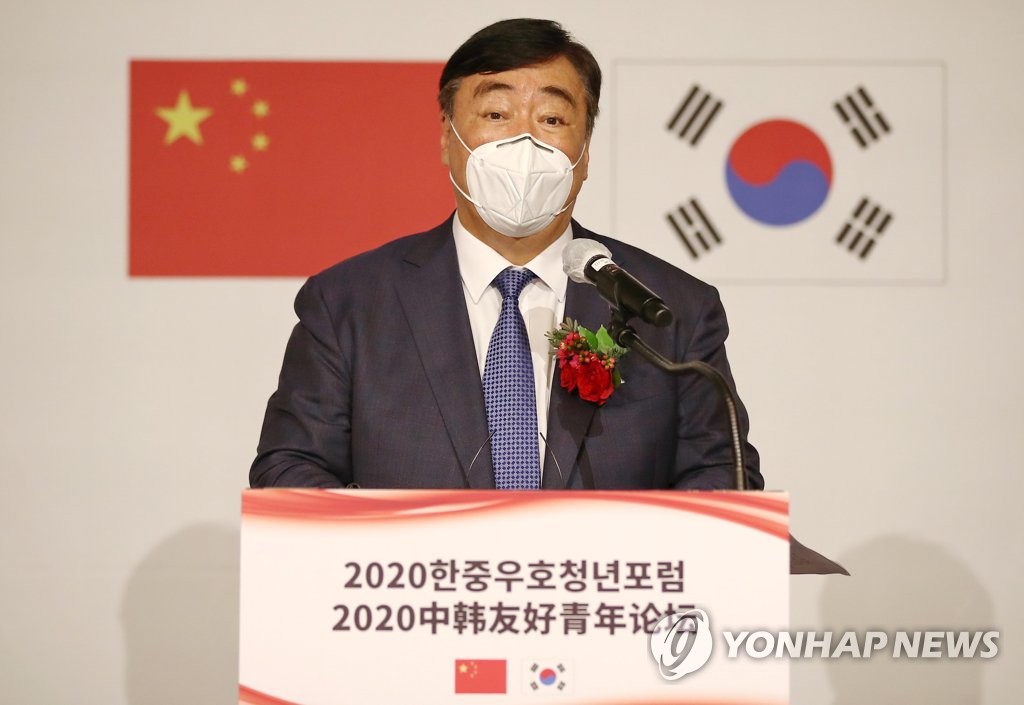 Xing's call for diplomatic support underscored the policy dilemma that Seoul faces in its efforts to maintain both the security alliance with Washington and the strategic partnership with Beijing, a key partner for trade, tourism and diplomacy for North Korea's denuclearization.

The policy challenge for Seoul is expected to sharpen further, as Biden is expected to adopt a tough stance on Beijing through such measures as strengthening regional democratic alliances to check China's growing assertiveness.

Tensions over Taiwan flared anew when Biden's organizing team for his Jan. 20 inauguration ceremony formally invited Taiwan's representative in the U.S., Bi-khim Hsiao, to the presidential event for the first time since the U.S. severed diplomatic ties with the island country in 1979.

Biden's emphasis on the strengthening of democratic values both at home and abroad is also foreshadowing a bumpy road ahead for the Sino-U.S. relationship particularly on China's semiautonomous city of Hong Kong, its Xinjiang Uighur region and the South China Sea.