SEOUL, Feb. 2 (Yonhap) -- The director of the upcoming space opera "Space Sweepers" said Tuesday that he wants to show the result of the South Korean cinematic scene's yearslong attempts to create movies in many different genres, even big-budget science fiction, through his film.

Directed by Jo Sung-hee, "Space Sweepers" was originally set to open in theaters last summer as one of the most anticipated Korean films of the year thanks to its star-studded cast including Song Joong-ki and Kim Tae-ri and budget of 24 billion won (US$21.5 million).

After months of delay amid the protracted COVID-19 pandemic, however, it went to Netflix and will be released to its subscribers in 190 countries this coming Friday.

"I don't feel regretful now, but I just feel grateful for the imminent release," director Jo said in an online press conference. "As this film will be available in many countries around the world, I hope the overseas audience will grasp that there are so many various kinds of films in Korea." 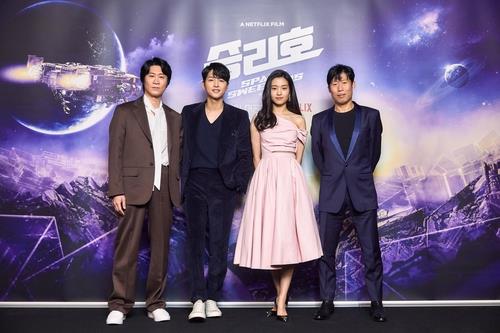 The film features a group of space scavengers who hunt for debris to make money in the year 2092 in a fictional universe where Earth is nearly destroyed by pollution and a group of upper class people build a new habitable world in outer space.

Song portrays Tae-ho, the quick-thinking pilot of the space ship Victory, while Kim stars as Captain Jang, a charismatic leader of the ragtag crew -- Tae-ho, Tiger Park (Jin Seon-kyu) and the robot Bubs (Yoo Hai-jin) -- who are embroiled in a mysterious incident.

Jo said "Space Sweepers," known to be the first Korean-made space opera film, may feel fresh or even unfamiliar, with Korean characters driving a space ship and staging a space battle in roles in which viewers may be accustomed to seeing Hollywood actors.

"In 'Space Sweepers,' Korean people in spacecraft talk in Korean, with spaceships flying outside," said the director, who started to create the project 10 years ago. "It may seem a little incongruous for viewers. I focused on reducing that strange feeling."

So he put more efforts into creating a more plausible astronautic cosmos through computer-generated visual effects, carefully managing the reflection of light and the speed of space ships. 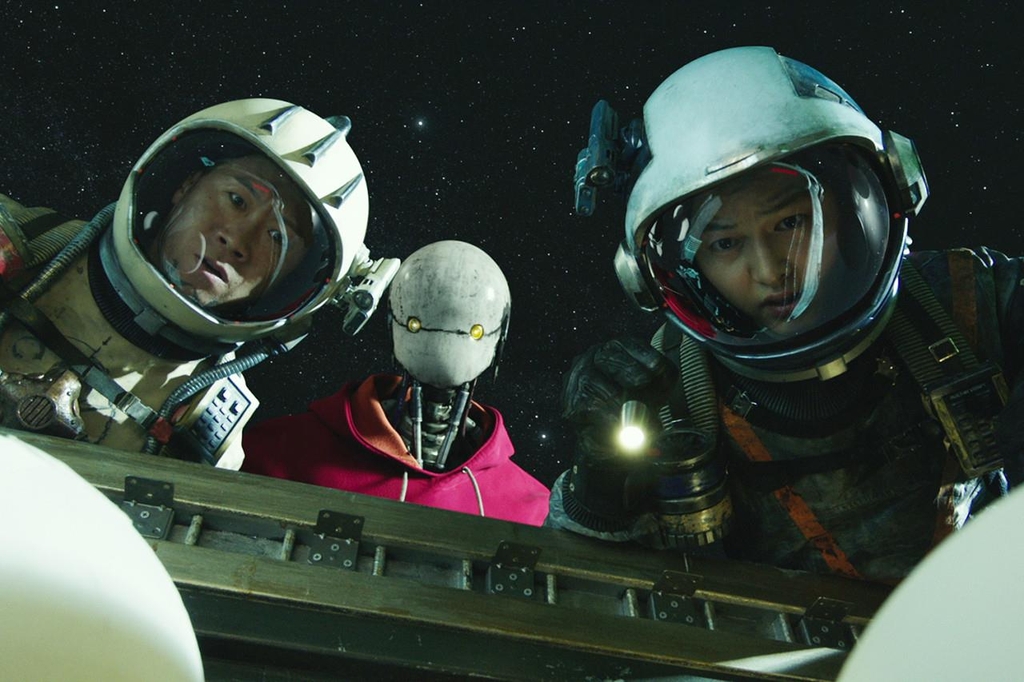 Actress Kim Tae-ri, who returns to the cinematic scene after about three years following the critically acclaimed independent film "Little Forest" (2018), said the film's Korean characteristics and freshness will appeal to global audiences and attract more people to the screen.

"Many people are familiar with Hollywood space operas or sci-fi films," she said. "Our film shows what a Korean space opera would be like. It's very Korean. As a fan of Korean movies, I'm looking forward to it."

Song said Jo tipped him off to the sci-fi film project 10 years ago when the two worked together on the 2012 fantasy drama film "A Werewolf Boy."

"I felt the story was so fresh and surprising when I first heard about it 10 years ago," he said. "I know the director will feel big pressure to create the first space film in Korea. But for me, I'm so excited and can't wait to see it." 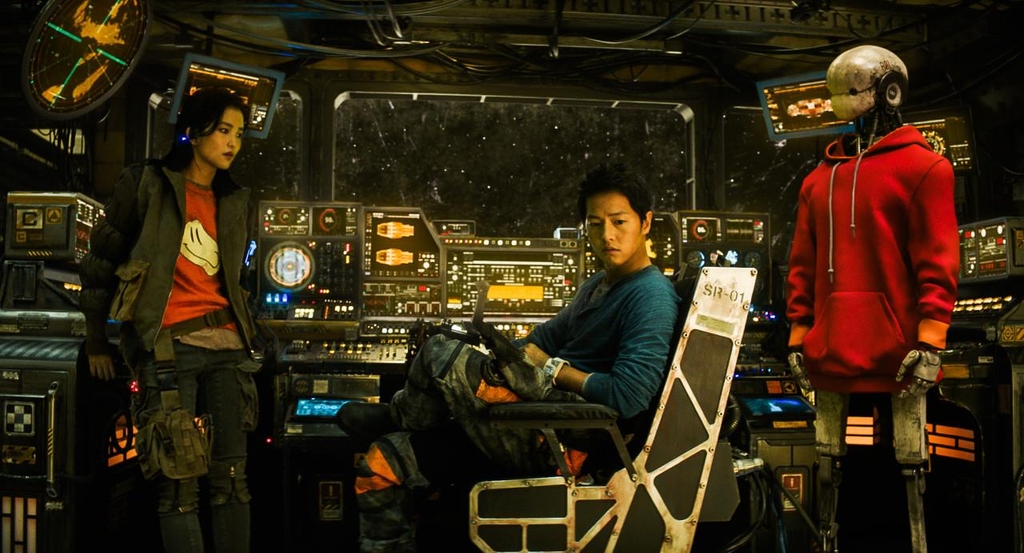