SEOUL, Feb. 2 (Yonhap) -- Iran has agreed to release all sailors of a seized South Korean oil tanker except for the captain for its management, the foreign ministry confirmed Tuesday, capping weeks of tough negotiations between the two countries.

The MT Hankuk Chemi, along with its 20 sailors, including five Koreans, has been held at an Iranian port since early January when Iran's Islamic Revolution Guards Corps seized it in waters off the Islamic republic for alleged oil pollution.

"Iran's Deputy Foreign Minister Abbas Araghchi has informed us that the Iranian government decided to first release all sailors except for the captain," the ministry said in a press release.

The captain will remain in Iran to take care of the tanker, officials said. It was unclear when the ship will be released.

Choi welcomed the release and urged the Iranian government to do its utmost for the swift release of the captain and the vessel.

The ministry is currently in talks with the ship operator to discuss issues related to the release of the sailors and their return back home.

The Iranian judiciary granted permission to the crew of the ship to leave Iran, the Islamic Republic News Agency reported, citing its foreign ministry spokesperson.

To address the seizure issue, Choi visited Tehran last month. But Iran's claims that the seizure of the vessel is a technical issue subject to a judicial process had raised fears that the conflict could be protracted.

Speculation had persisted that the seizure might have been linked to Iran's anger over its money frozen in South Korea under U.S. sanctions on its regime, though Tehran rejected it. 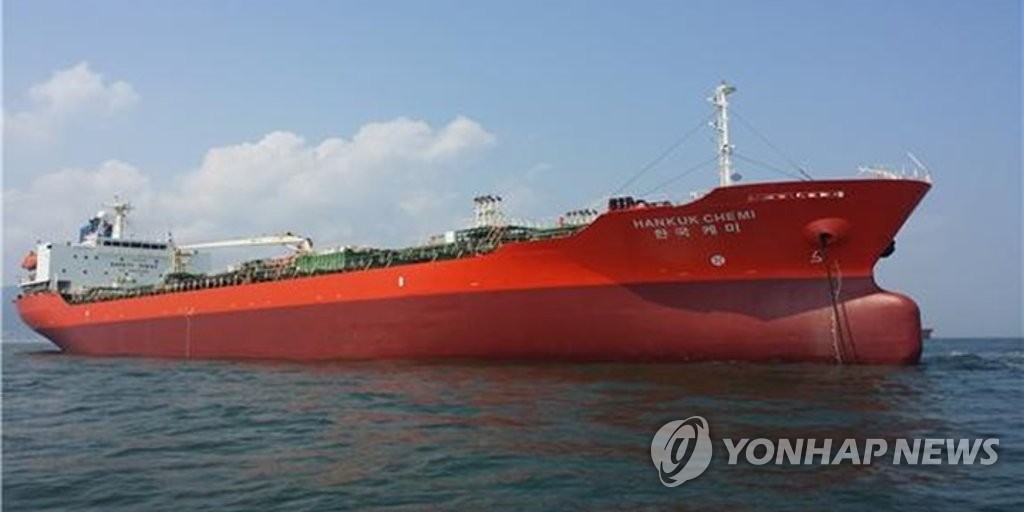