SEOUL, Feb. 3 (Yonhap) -- SK Telecom Co., South Korea's largest mobile carrier, said Wednesday it shifted to a net profit in the final quarter last year on the back of growing users on the 5G network and increased equity gains.

Net income stood at 371 billion won (US$333 million) in the October-December period, compared with a net loss of 45.4 billion won the previous year, the company said in a regulatory filing. 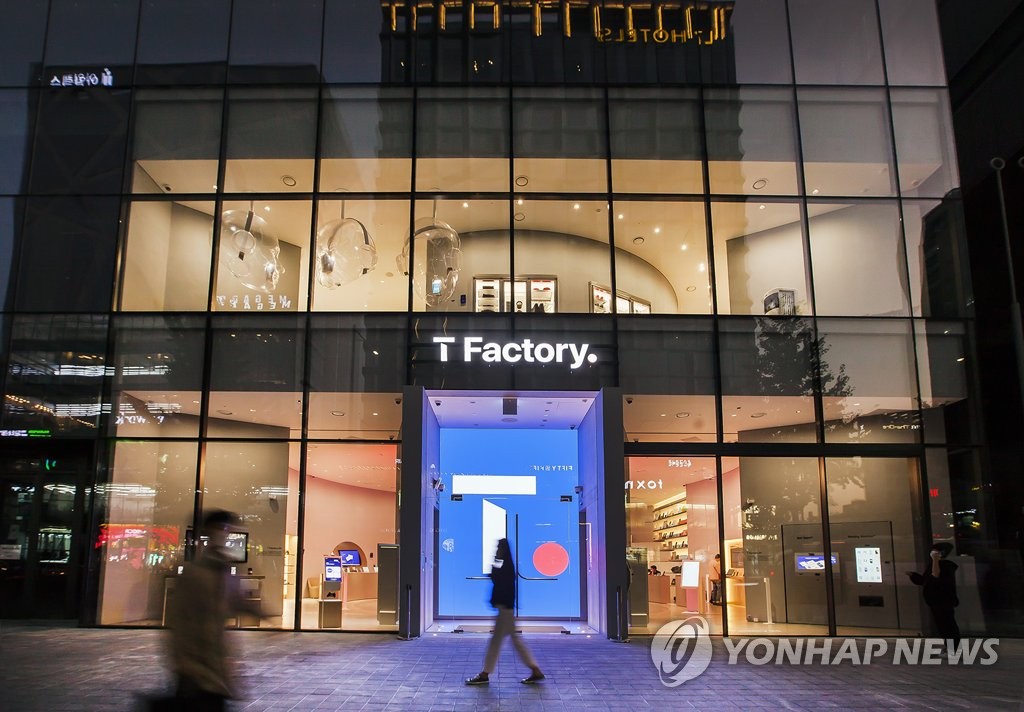 The mobile carrier holds a 20 percent stake in the memory chip giant, which reported last month that net income reached 1.76 trillion won during the October-December period, turning from a loss of 125.6 billion won a year earlier.

For the whole of last year, SK Telecom's net income stood at 1.5 trillion won, up 74.3 percent from the previous year, while operating income rose 21.8 percent to 1.35 trillion won. Annual sales rose 5 percent to 18.6 trillion won over the cited period.

The mobile carrier's 5G users stood at 5.48 million at the end of last year, rising 1.21 million from three months earlier.

Going forward, the company expects its 5G subscribers to hit over 9 million by the end of this year. It also forecast this year's total annual sales to reach 19.5 trillion won, although the company said it aims for over 20 trillion won for the first time ever.

The company said in a conference call that it will focus on its subsidiaries to be recognized in the financial market, while adding that it has not yet decided on any changes to its corporate governance structure.

Analysts have speculated that the telecom operator is considering a transition into a holding company to upgrade affiliate SK hynix's role in the broader SK Group.

The telecom operator's new tech businesses saw accelerated growth, with their operating profits accounting for 24 percent of the company's total last year, compared with 14 percent in 2019.

The carrier's app market unit One Store, which shifted to a net profit last year, will also be its first subsidiary to pursue an initial public offering.

Shares in SK Telecom remained unchanged at 245,000 won, underperforming the broader KOSPI's 1.06 percent gain. The company announced its earnings for last year before the market's open.