SEOUL, Feb. 3 (Yonhap) -- Unification Minister Lee In-young said Wednesday that South Korea has been sufficiently communicating with the United States about a recently legislated ban on the sending of anti-Pyongyang leaflets into North Korea.

The amendment to the Development of Inter-Korean Relations Act, set to take effect next month, has raised concerns among critics that it could hurt freedom of expression and undercut efforts to send outside information into the reclusive North.

"South Korea and the U.S. are sufficiently engaged in communication as the law is set to take effect on March 30," Lee said during a press conference with the foreign press in Seoul.

Lee said that preparations for the enactment of the law are proceeding according to plan and stressed that the "primary goal of the law is to protect the lives and safety of the 1.12 million residents living in the border areas."

Touching on a recent remark by U.S. Secretary of State Antony Blinken on reviewing "additional sanctions," Lee pointed out that simply tightening sanctions "may not be the solution" and called for the need to review the effect of sanctions.

Earlier, Blinken said the new administration is looking for optimal ways to advance the denuclearization process in North Korea and deal with "growing problems" from the North's nuclear weapons.

"For us to discuss additional sanctions, the time has come for us to first evaluate what accomplishment sanctions have made until now," Lee said.

On the issue of Seoul-Washington joint military exercises set for March, Lee called on the two Koreas to come up with a "wise and flexible solution" so as to avoid any escalation of tension.

North Korea has long denounced such exercises as a rehearsal for invasion and demanded an end to such drills. Last month, North Korean leader Kim Jong-un repeated the call during a rare party congress.

Seoul and Washington usually hold major combined military exercises twice a year, along with smaller-scale ones throughout the year, and the springtime one is supposed to be held around March. 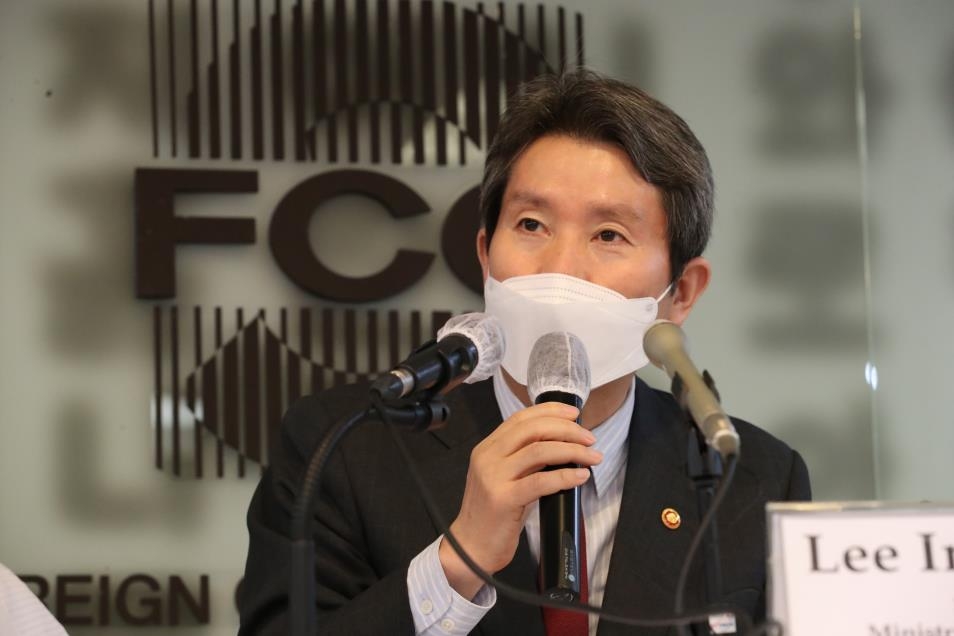