In an interagency meeting on the COVID-19 response held at the government complex in Seoul, Chung told authorities to reorganize the current distancing rules under the assumption that "the public is involved" in the process.

South Korea first adopted a three-tier national distancing scheme against the pandemic in June of last year and later expanded it into a five-tier system that also allowed region-specific measures in November. 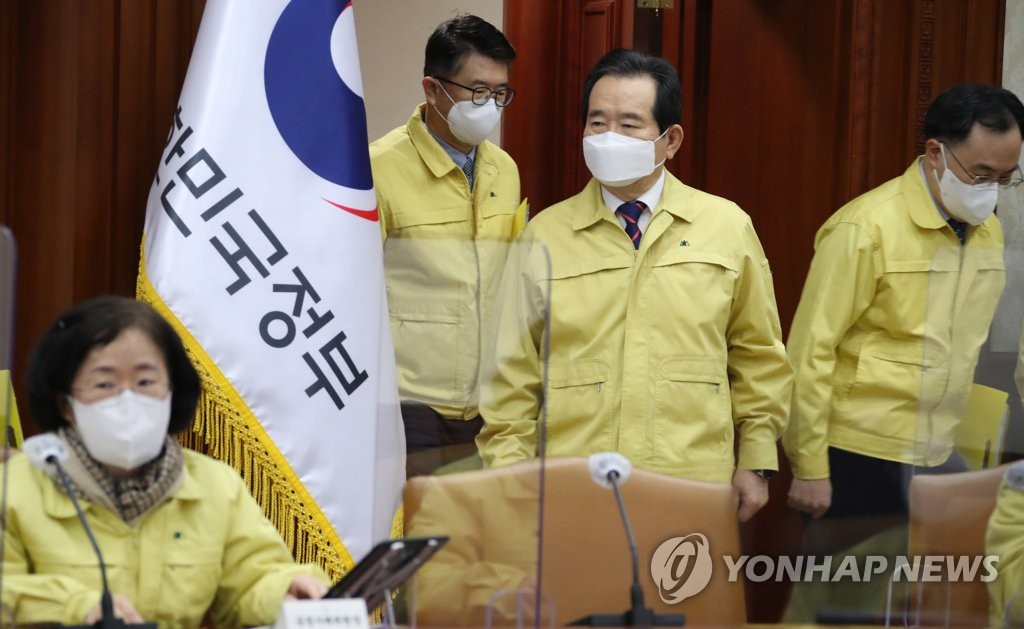 The government on Sunday decided to extend tougher social distancing measures -- the second-highest Level 2.5 for the greater Seoul area and the third-highest Level 2 for other regions -- for another two weeks, as it is wary of a pileup in cluster infections ahead of the Lunar New Year holiday, which falls on Feb. 11-13.

Under the Level 2.5 rules in place since early December, restaurants, cafes, fitness clubs, karaoke rooms, cram schools and other small merchants have been forced to close or reduce operation hours to contain the virus.

The extension, aimed at helping the country smoothly begin COVID-19 vaccinations later this month and start the school spring semester in March, however, has drawn strong protest from the merchants hit hard by prolonged restrictions.

"We must create distancing guidelines together with the public as opposed to presenting unilateral rules for the people," Chung said, citing a recent survey showing that public opinion was sharply divided over whether they see the current state-mandated distancing rules as fair.

The prime minister also stressed the need to preemptively cut off broad community transmission of COVID-19 variants originating from overseas.

The Korea Disease Control and Prevention Agency on Wednesday identified five more cases of contagious variants of COVID-19 -- four of the variant originating from Britain and one of the variant from South Africa -- raising the total caseload to 39. 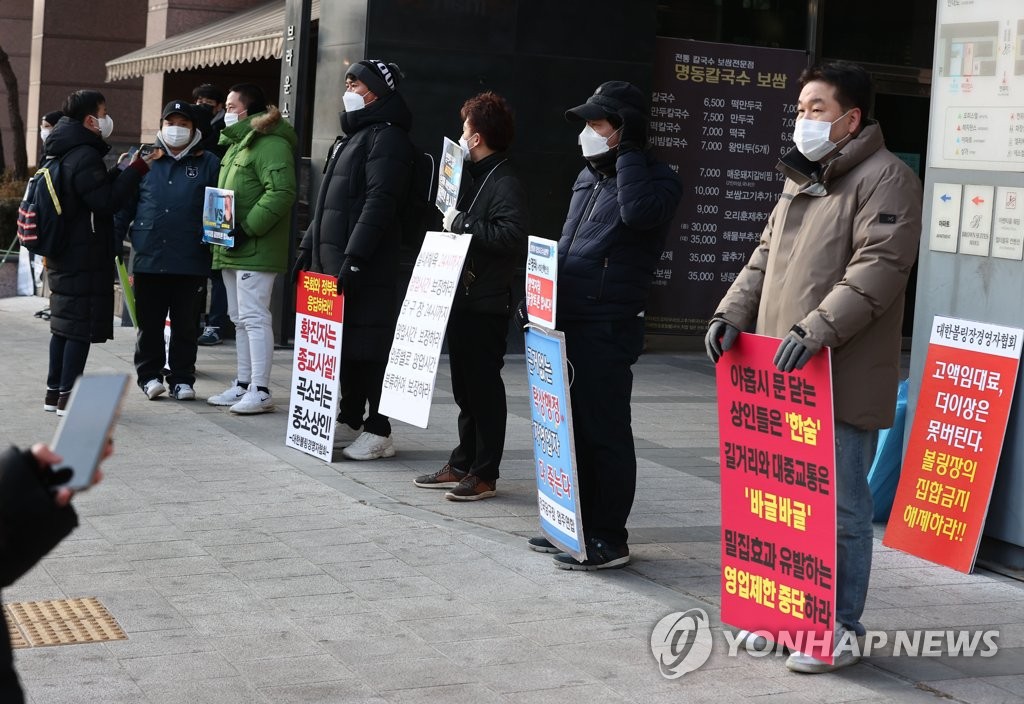