The social media company said Indonesia ranked as the top market tweeting about K-pop by volume, followed by Thailand and South Korea. 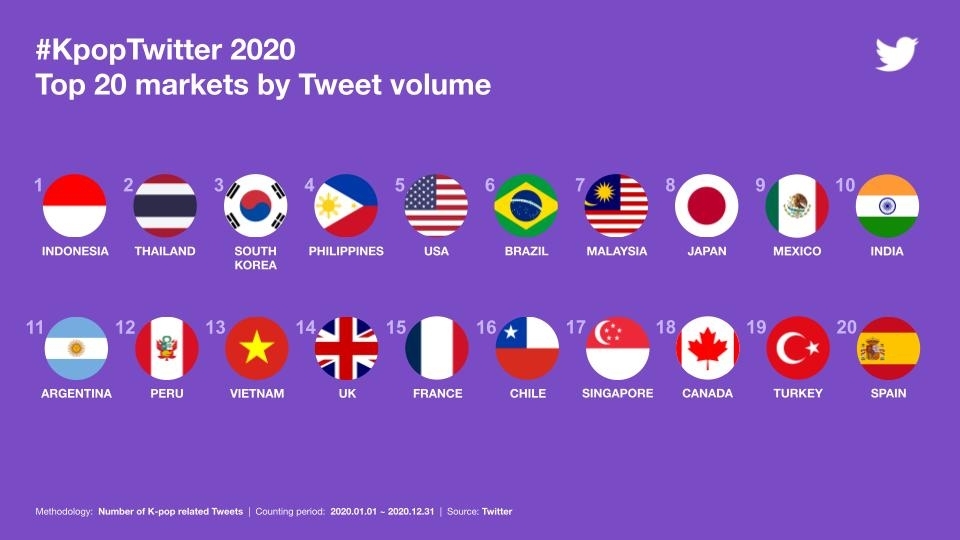 In terms of unique users tweeting about K-pop, Japan topped the list, followed by the United States and Indonesia.

Global superstar BTS was the most mentioned K-pop artist last year, while NCT, EXO and Blackpink were next on the list.

BTS' songs grabbed six spots on the list of ten most-mentioned K-pop songs, with "Dynamite," "ON," "Black Swan" and "Life Goes On" topping the list. 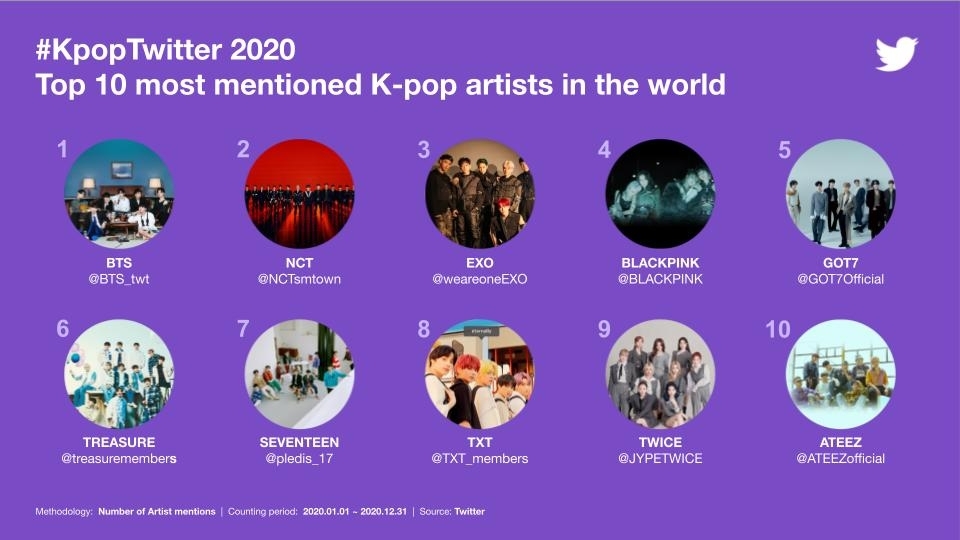 "The #KpopTwitter community's involvement in the #BlackLivesMatter movement gave fans another way to stay connected and express their views on broader issues in society," Twitter said in a blog post.

Last June, BTS expressed support for the movement on Twitter, and the tweet has since been retweeted nearly a million times.

A BTS fan group raised over US$1 million in donations for the cause, matching a sum donated by the K-pop group.