SEOUL, Feb. 4 (Yonhap) -- The period comedy series "Mr. Queen" on tvN has become the biggest cable TV hit over the past year despite criticism over its Chinese original and some historically controversial scenes.

The series' 16th episode that aired Sunday recorded 14.9 percent in viewership, according to data by Nielson Korea.

It also became the most-watched TV series broadcast on any cable channel over the past months, outnumbering OCN's "Uncanny Counter" (2020) and tvN's "Hospital Playlist" (2020). 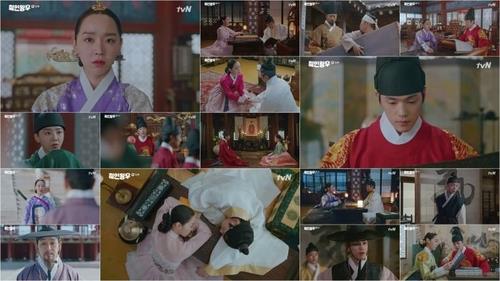 Starring Shin Hye-sun and Kim Jung-hyun, "Mr. Queen" is about a man named Bong-hwan, a senior chef in present-day South Korea's presidential office, who is trapped in the body of Queen Cheorin in the mid-19th century of the Joseon Dynasty after a mysterious accident.

The popularity came as the fantasy-like story that a modern-day man is struggling to escape from the body of a medieval-era queen but gradually assimilating into his new role is well woven with historical events, such as power struggles between the two big political clans and persistent comical touches.

The acting of the cast, including lead actress Shin Hye-sun, is also a key to attract viewers to the small screen. Shin's portrayal of Queen Cheorin, who has the mentality of a maverick playboy but has to serve royal duties as a queen, is compelling enough to make the transgender body-swap drama more plausible and entertaining.

On the other hand, the show faced harsh criticism since its beginning as it is based on the Chinese web drama "Go Princess Go" (2015), an adaptation from the novel of the same name by Xian Chen.

People pointed out that the author of the Chinese original novel has made offensive remarks about Korean culture and people in his previous piece.

Producers of "Mr. Queen" issued a public apology last month, saying they were not aware of the controversy over the Chinese writer, but debates criticizing the show have been continuing in online communities.

The producers also apologized for a controversy over the distortion of Korean history and mockery of real-life royal figures.

In the second episode, Bong-hwan referred to "The Annals of the Joseon Dynasty" as a tabloid, sparking public disapproval that the remake of a Chinese show neglected the country's cultural asset and UNESCO's Memory of the World heritage.

They changed the surnames of actual historical characters in the drama to fake names after descendants of a character complained of the comical depiction of their ancestor.

Defying all odds, however, the 20-episode show is expected to have a strong finish over the next two weeks as the comedy features a funny story and characters.

"'Mr. Queen' features a unique combination of a common body-swap story and historical settings," culture critic Kim Heon-shik said. "Its comical and humorous tones and strong narrative have kept people tuning in to the series." 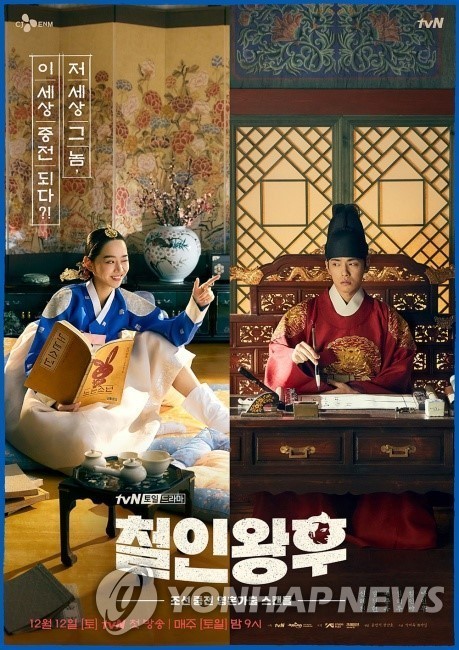