CHANGWON, South Korea, Feb. 4 (Yonhap) -- It's rare for championship-winning teams in sports to simply ride star players to the title. They have to get production from role players, too, and teams invest time and money into acquiring depth pieces.

One quick glance at the roster of the NC Dinos would tell you the 2020 Korean Series champions are mostly intact. Outfielder Na Sung-bum attempted to land a major league contract but ended up staying put. Former major league pitcher Wes Parsons is replacing Mike Wright in the starting rotation.

But they will also be without some useful players who did their part in the championship run. 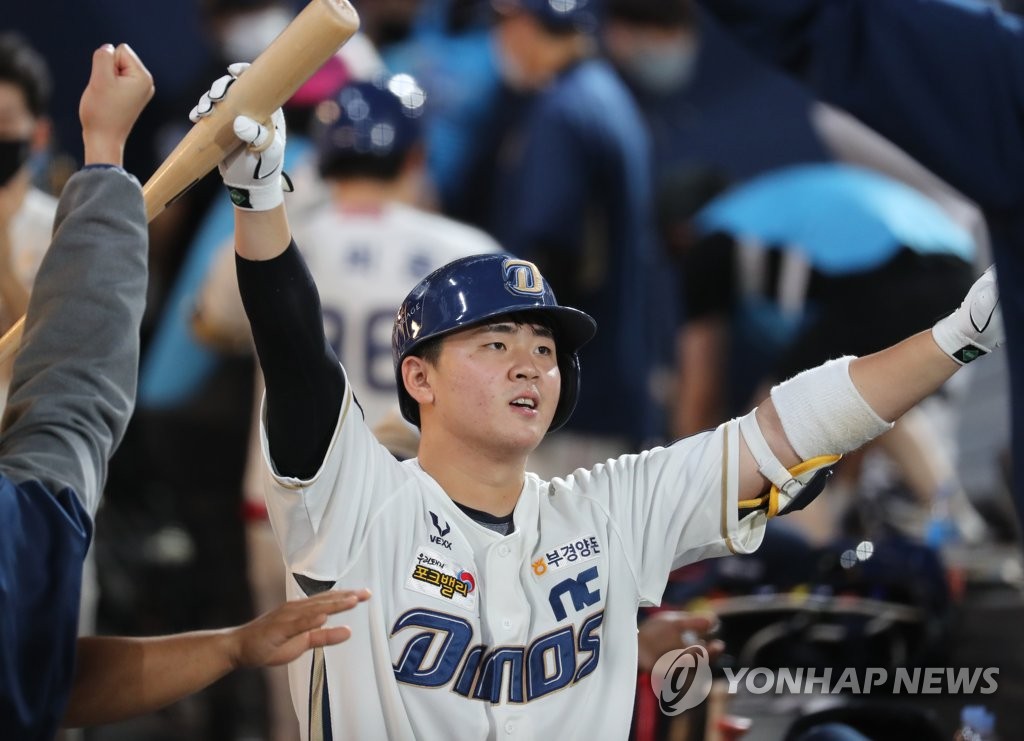 Four players -- pitchers Bae Jae-whan and Choi Sung-young, outfielder Kim Seong-uk and catcher Kim Hyung-jun -- will begin their mandatory military service next month. They are among the fortunate ones, as they'll complete their duty in baseball uniform playing for Sangmu in the second-tier Futures League.

For Korea Baseball Organization (KBO) players, serving with Sangmu is the only way to complete the military service while playing baseball. 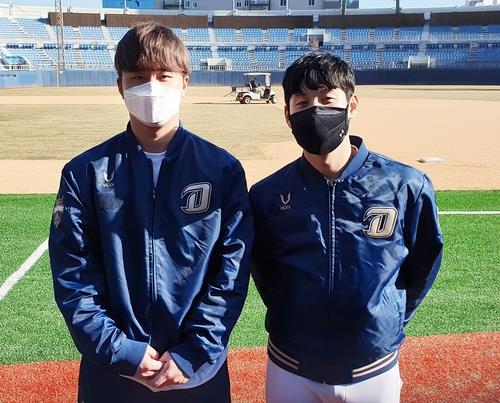 "We're going to need those players to take on crucial roles for our team afterward," NC manager Lee Dong-wook said Thursday during the club's spring training in Changwon, 400 kilometers southeast of Seoul. "In the military, they'll be able to have some time looking back on their career and figure out what they have to do going forward."

Bae, 25, has been a workhorse in the Dinos' bullpen for the past two years, appearing in 115 games in total and recording 32 holds in the process. Choi began last season in the bullpen but ended up making 13 starts while the rotation was dealing with injuries. 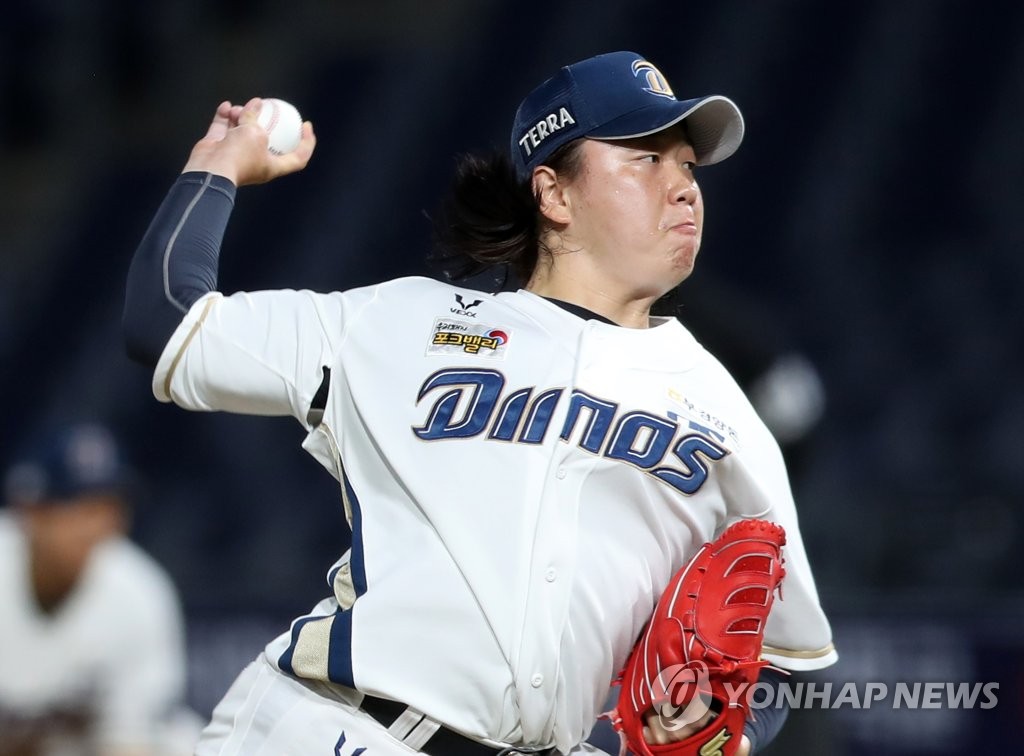 Lee said he'll keep an eye on a handful of young pitchers during camp, including some recent draft picks.

Kim Seong-uk had been a solid backup outfielder with speed and occasional pop. He often served as a defensive replacement in close games.

"I don't think anyone can replace him," manager Lee said. "But we do have players who bring different skillsets to the table. Our focus is more on accentuating their strengths, rather than on improving their weaknesses." 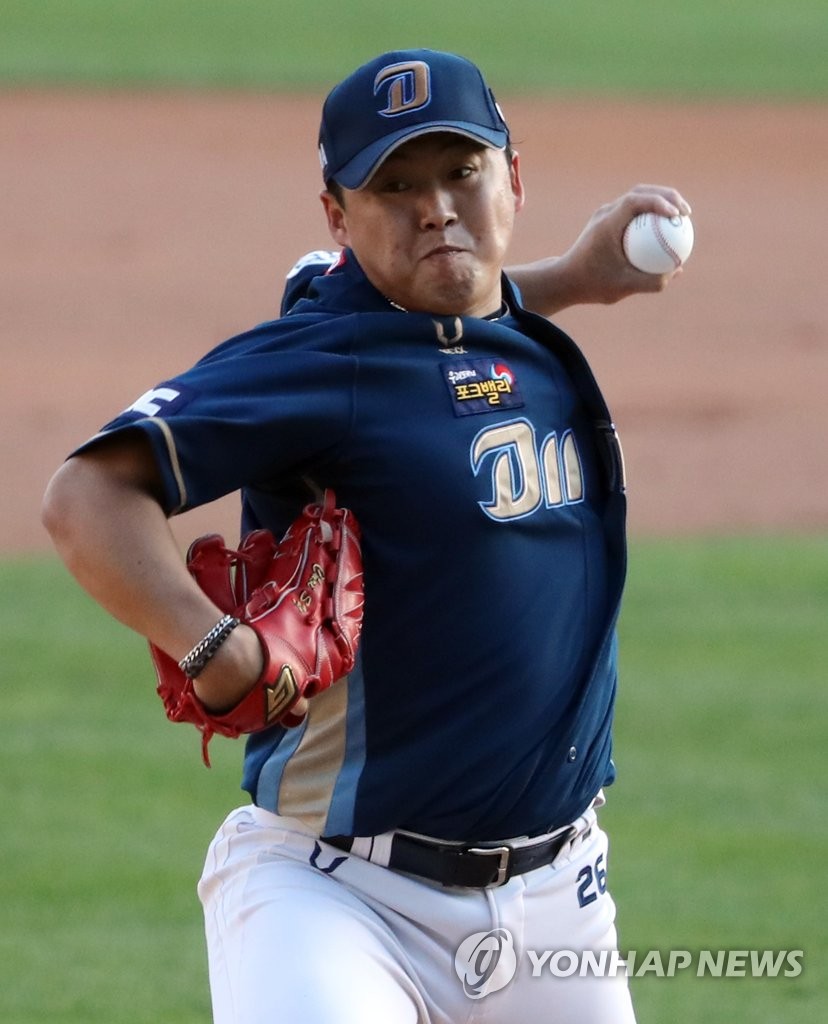 Kim Hyung-jun is a 21-year-old catching prospect who batted .306/.390/.444 in 44 games last year. His path to playing time is currently blocked by Yang Eui-ji, the perennial MVP candidate and the best active catcher in the league today.

While the Dinos would certainly like to see Kim develop further with Yang entering his age-34 season, Kim decided he'd be better off taking care of the military duty while he was still young.

"I won't have a lot of opportunities to play here now, so I thought I might as well do my military first," Kim said. "I will try to work on my defense and come back even better. I'll have to earn my playing time." 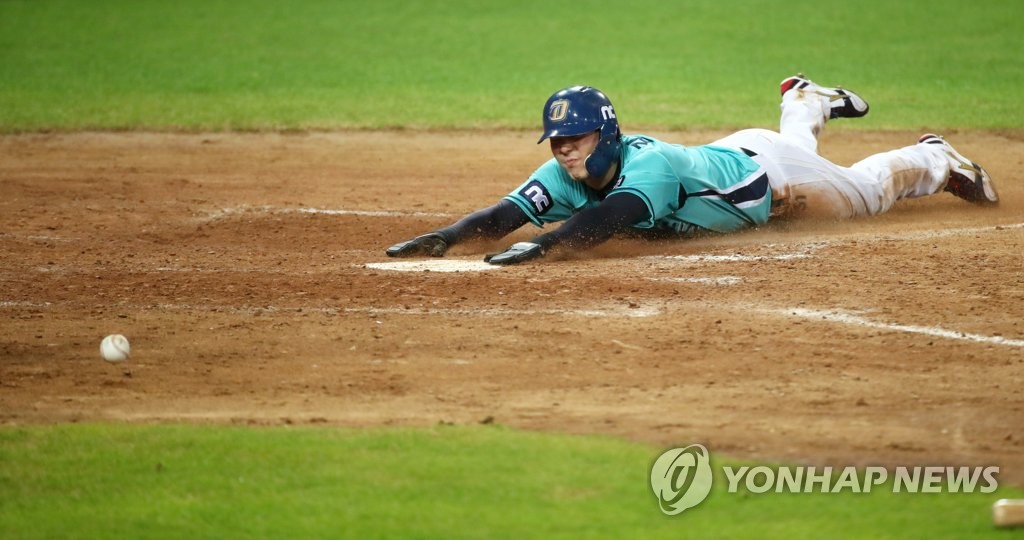