He also said close consultation with allies will be part of U.S. efforts to strengthen its alliances.

"To revitalizing America's alliance, the president has spoken with key allies in both Europe and Asia. Just last night, he had the opportunity to speak with both the president of the Republic of Korea and the prime minister of Australia, and the national security team is working now with those allies to build out an ambitious agenda," Sullivan said, referring to South Korea by its official name.

In their call on Wednesday, U.S. President Joe Biden and South Korean President Moon Jae-in agreed to work closely together on North Korea. 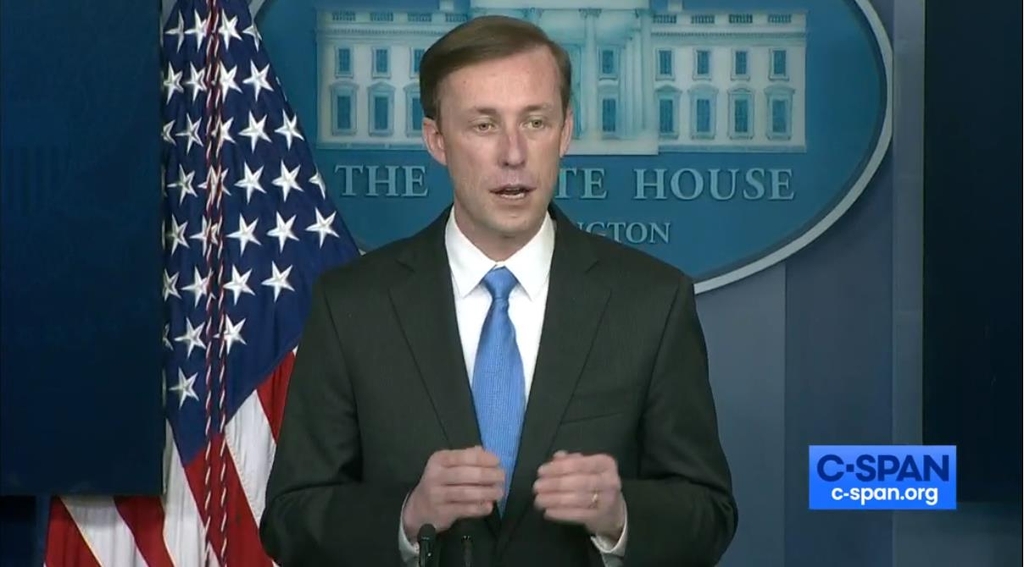 "We are conducting a review of our policy towards North Korea as we speak. President Biden told President Moon last night that that review is underway and that we will consult closely with our allies, particularly with ROK and Japan in doing that," Sullivan told a White House press briefing when asked if the new U.S. president may meet with North Korean leader Kim Jong-un.

The national security adviser said he will not get ahead of the ongoing review.

Biden earlier said he may agree to meet Kim but only if such a meeting will help advance the North's denuclearization process.

Sullivan said the venue for Biden's remarks -- the State Department -- was specifically picked as the president "wants to send a clear message that our national security strategy will lead with diplomacy."