SEOUL, Feb. 5 (Yonhap) -- Prime Minister Chung Sye-kyun on Friday requested the public maintain its vigilance against COVID-19, stressing the importance of complying with strict antivirus measures until South Korea succeeds in forming herd immunity on the basis of the soon-to-be-launched vaccination program.

He was asking the people not to lower their guard against the virus due to expectations for vaccines and treatment while speaking during an interagency meeting on the COVID-19 response held at the government complex in Seoul.

Chung said it is important to note that the United States and Britain have seen surges in numbers of new coronavirus patients during the early phase of their respective inoculations programs.

"The foundation of antivirus measures, such as mask wearing and social distancing, shouldn't be shaken until herd immunity is achieved," Chung added. 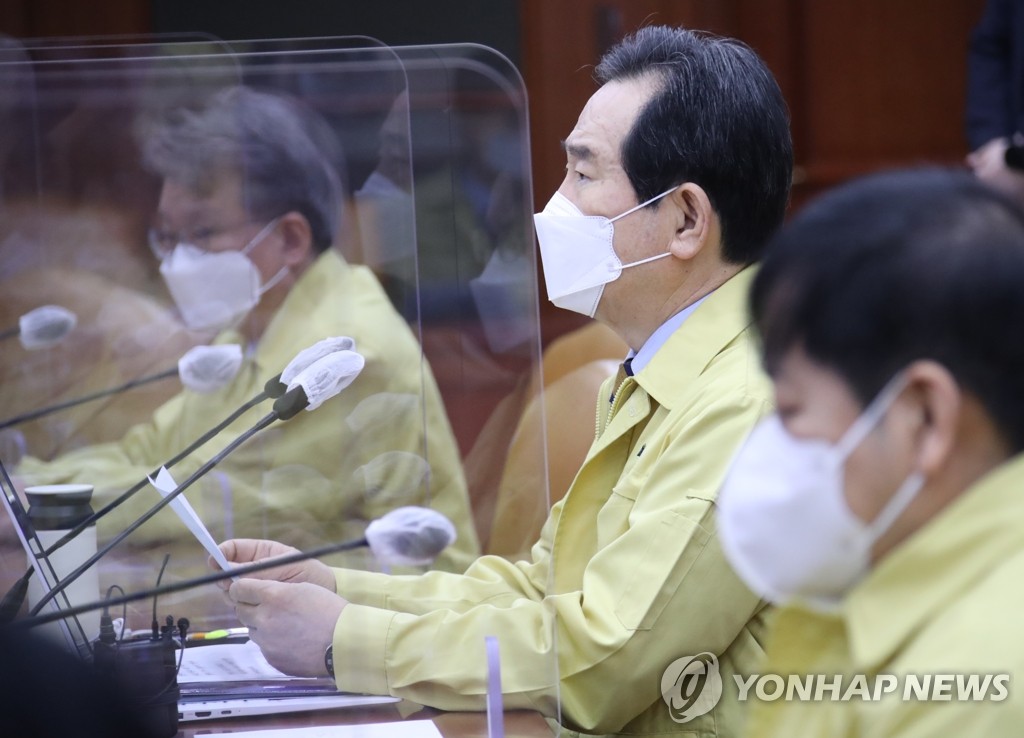 The government aims to get 70 percent of its population inoculated by September and form so-called herd immunity by November by providing free vaccines to all nationals.

Chung also asked the public to refrain from traveling during the forthcoming Lunar New Year holiday that starts late next week, pointing out that the rate of hotel and lodging reservations in major tourism regions remained alarmingly high for the period.

"Some 140,000 people are expected to visit Jeju Island alone during the Lunar New Year holiday," he said.

PM asks public to maintain virus alertness ahead of vaccinations

PM asks public to maintain virus alertness ahead of vaccinations