During a parliamentary confirmation hearing, Chung, a former top security adviser to President Moon Jae-in, also said that he would push to solidify and broaden the South Korea-U.S. alliance by pushing for early high-level exchanges with the administration of U.S. President Joe Biden.

"Based on a strategy coordinated with the newly launched U.S. administration, I will focus diplomatic efforts on laying the groundwork for substantive progress in denuclearization efforts through an early resumption of dialogue between North Korea and the United States," the nominee said in his opening remarks.

"I will push for peace diplomacy for the resolution of the Korean Peninsula issues based on three principles of no war, mutual security guarantees and co-prosperity," he added. 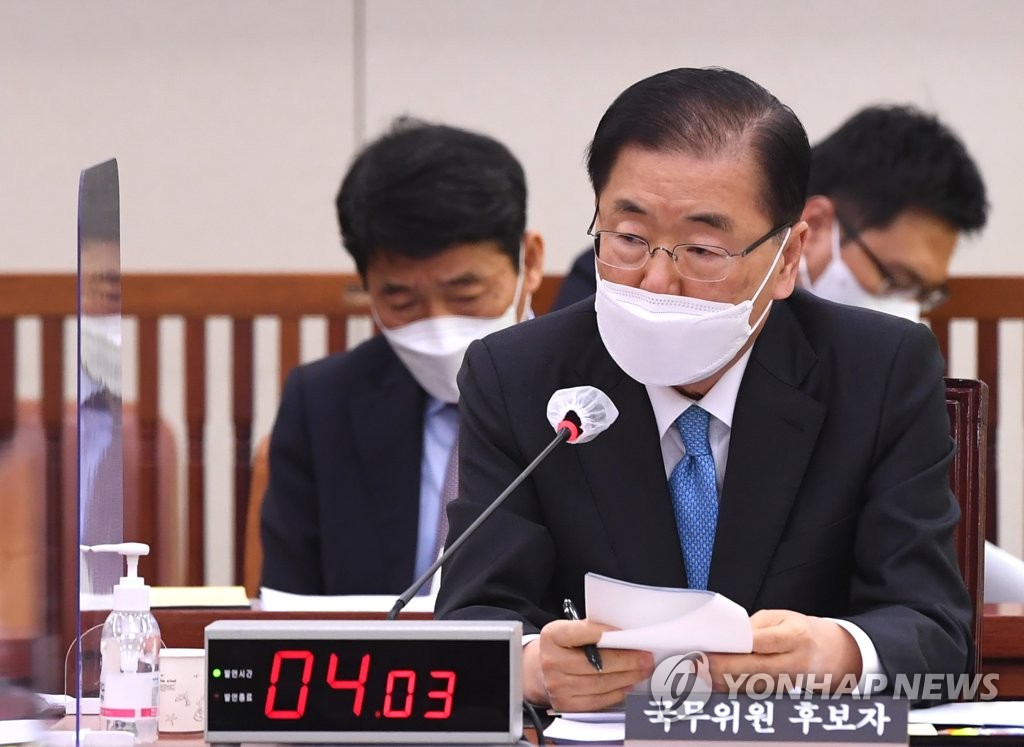 The nominee, who has been credited with guiding Moon's engagement policy toward the North, said that he would push for Pyongyang's participation in a Seoul-led initiative for regional cooperation on battling pandemics and other public health crises.

"I will strengthen the efforts to encourage North Korea to participate in the Northeast Asia forum on health security. I will seek to establish a community foundation for peace, security and life at a Northeast Asian level," he said.

"Though there are various pending issues between the two countries, I will make possible efforts to enable the resumption of constructive, future-oriented cooperation while looking for wisdom toward resolution of the issues through diplomatic dialogue and communication," he said.