SEOUL, Feb. 7 (Yonhap) -- Kiwoom Heroes' outfielder Lee Yong-kyu thinks it couldn't have been that long ago that he was teammates with the South Korean baseball legend Lee Jong-beom.

Well, it has been long enough that Lee Yong-kyu will be playing with Lee Jong-beom's son, Lee Jung-hoo, this year.

Lee Yong-kyu and Lee Jong-beom spent seven seasons together, from 2005 to 2011, with the Kia Tigers. When the former joined the Tigers in a trade before the 2005 season, he was still only 19, a second-round draft pick about to enter his first full season. Lee Jong-beom, on the other hand, was a 34-year-old franchise icon and one of the greatest players in the Korea Baseball Organization (KBO). The former five-tool star at shortstop was winding down his career as an outfielder, and together, they won the 2009 Korean Series title. 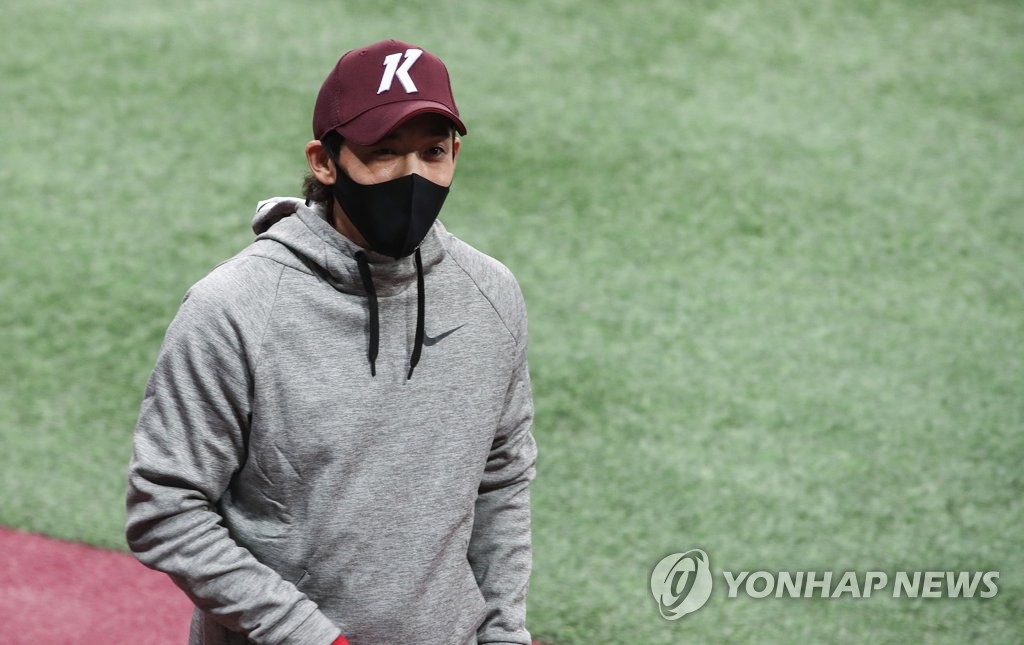 Turn the clock forward by 11 years. Lee Yong-kyu, released by the Hanwha Eagles, latched on with the Heroes in the offseason. Now 35, he'll be expected to be the sage veteran for the likes of Lee Jung-hoo, already one of the KBO's top hitters at age 22.

"It's really cool to be teammates with Lee Jong-beom's son," Lee Yong-kyu said in a recent interview at the Heroes' spring training site, Gocheok Sky Dome, in Seoul. "I learned so much from his father, and I owe him a lot. Now, I'd like to be able to help Jung-hoo become a better ball player."

Lee Yong-kyu recalled that, back in 2005, he was barely able to make eye contact with Lee Jong-beom and quipped, "He was old enough to be my uncle." 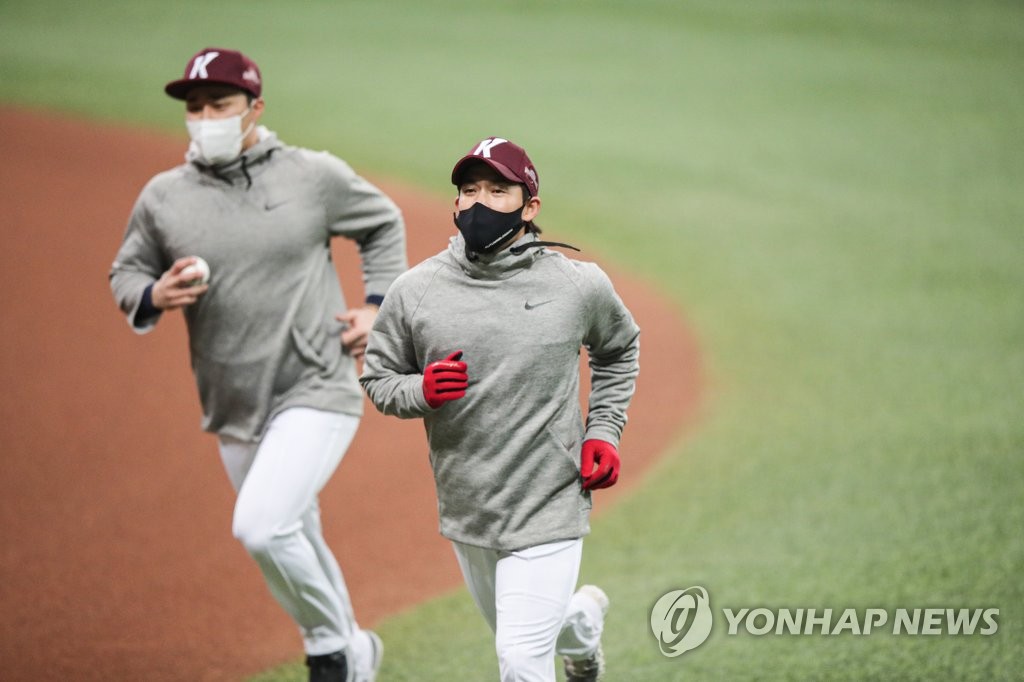 Also, times were different then. Seniority meant everything and veterans could run a tight ship with an iron fist. Lee Yong-kyu said he's aware of changes.

He also said Jung-hoo is already a mature ball player and added, "When you watch how he approaches the game, there's a lot to learn from him." 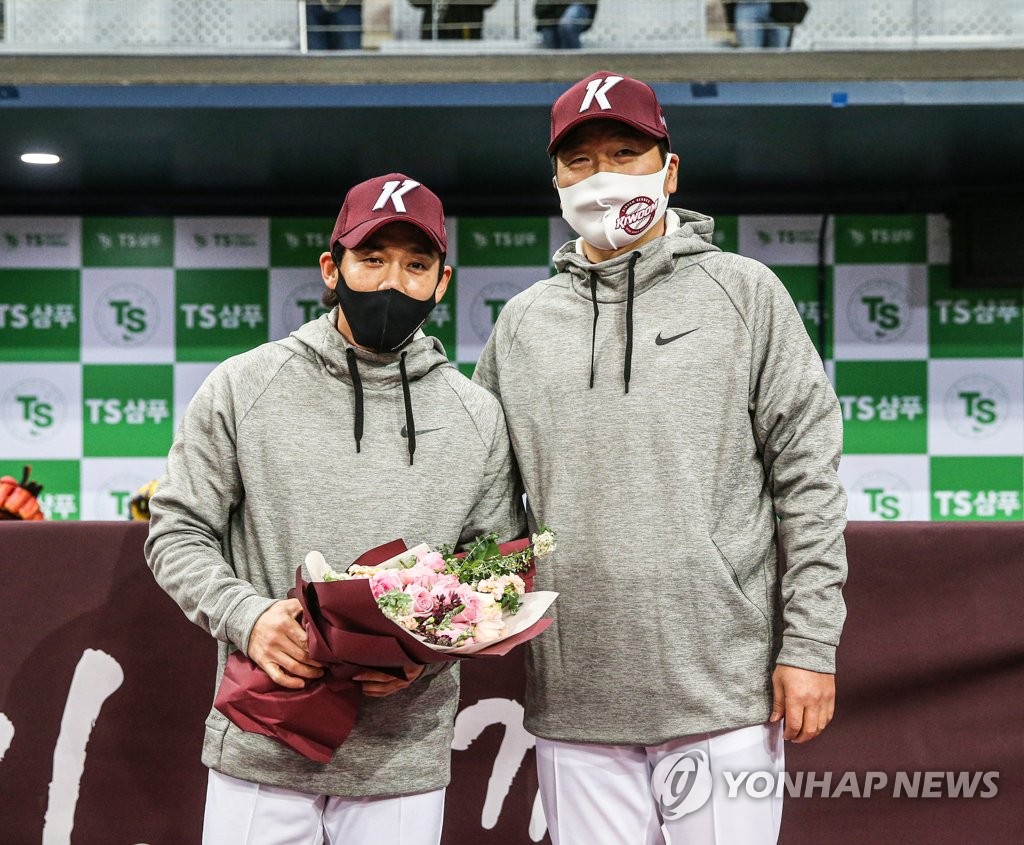 He still has decent speed on the base path and a solid glove on the field. But manager Hong Won-ki also said early in the camp that Lee will be bringing intangibles to the table as well.

Lee himself said he'll embrace the leadership role on the Heroes.

"As important as it is to play well on the field, I know I have other responsibilities off the field," he said. "I'll try to talk to young guys as much as I can and keep things light in the clubhouse while making sure no one crosses the line."

The former national team mainstay saw some of his contemporaries hang up their cleats during the offseason. He admitted he senses his own time to retire is nearing and said, "I think I should start preparing myself for that moment."

And before calling it quits, it'd be nice to win another championship.

"It'd be a great honor to be a member of Kiwoom's first-ever championship squad," Lee said. "Then I'd be able to retire without regrets." 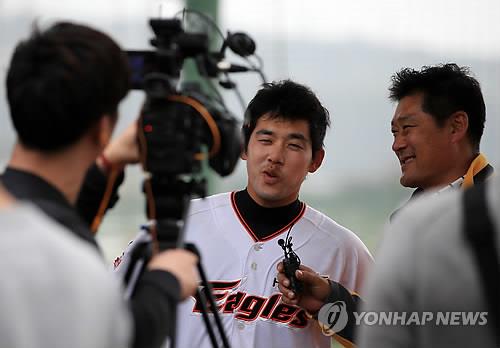