SEOUL, Feb. 5 (Yonhap) -- President Moon Jae-in said Friday his government won't spare support for a project to create the world's biggest offshore wind power generation complex in southwestern South Korea, declaring a vision for turning the nation into one of the top five powerhouses in the field.

He was attending the signing ceremony of a relevant investment deal, worth 48 trillion won (US$43 billion), in Sinan, South Jeolla Province, about 400 kilometers south of Seoul, where the facilities with a maximum capacity of 8.2 gigawatts will be built in phases over the coming decade.

"We are now moving more actively toward carbon neutrality, accelerating the transition to eco-friendly energy," Moon said in a speech there. He was referring to South Korea's stated goal of going carbon neutral by 2050. 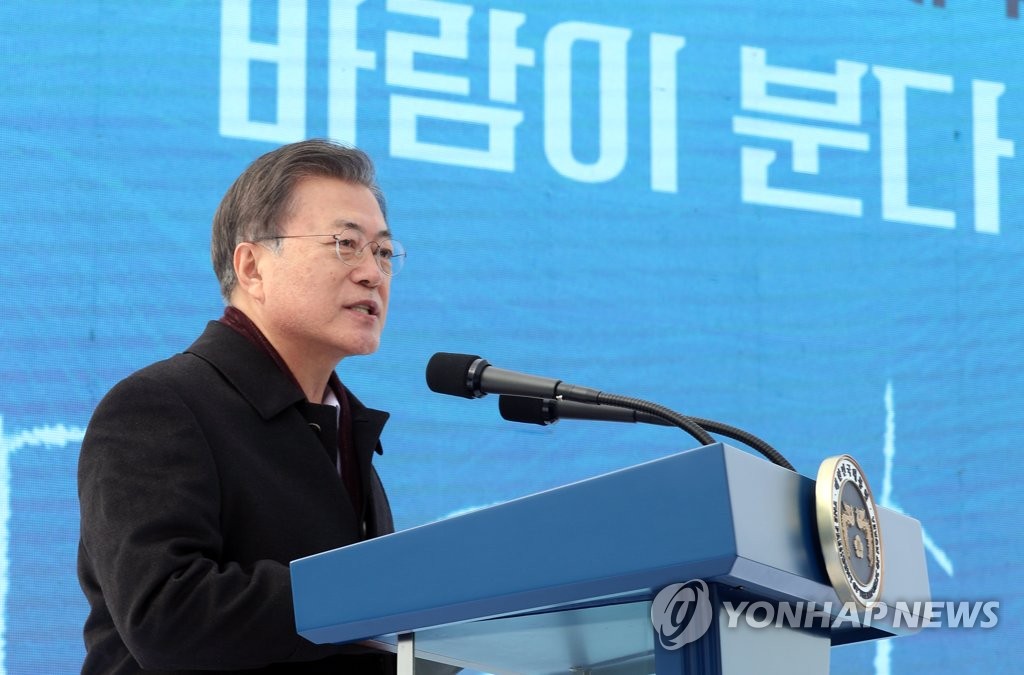 "The government will provide every necessary support under the goal of making (South Korea) one of the world's top five offshore wind powerhouses by 2030," he added.

The president vowed administrative measures to shorten a period of preparations for breaking ground and introduction of special legislation for "one-stop support."

Several local companies, including Korea Electric Power Corp., SK E&S Co. and Doosan Heavy Industries & Construction Co., are participating in the project in cooperation with local residents under the so-called win-win accord, based on a "great social compromise." As many as 120,000 jobs are expected to be created.

The power capacity of 8.2 GW amounts to that of some eight nuclear reactors, which would have the effect of cutting around 10 million tons of carbon dioxide emissions per year, according to Cheong Wa Dae. It's like planting roughly 71 million pine trees.

The Moon administration is campaigning for the Green New Deal aimed at fostering environment-friendly industries in tandem with a push for balanced national development. 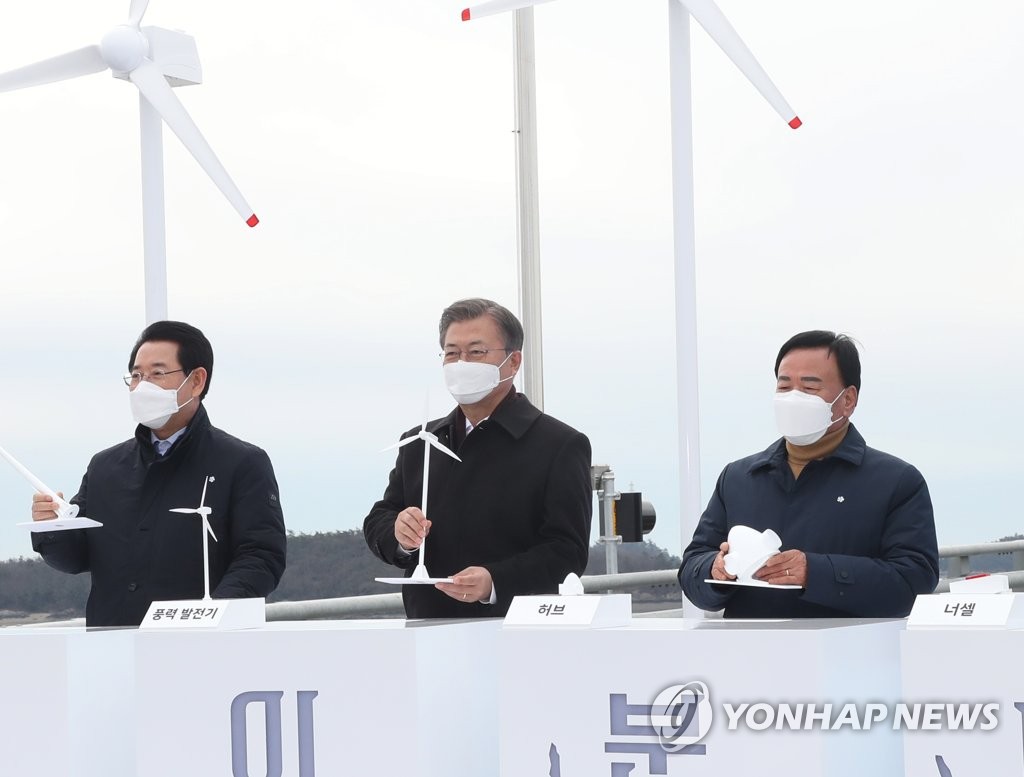