SEOUL, Feb. 5 (Yonhap) -- Angelina Jolie pleaded with the world Friday to come together and stop acting selfishly amid the COVID-19 pandemic.

The Academy Award winning actress spoke virtually in her capacity as a special envoy for the United Nations High Commissioner for Refugees (UNHCR) during an international forum hosted by Yonsei University, a school in Seoul attended by her eldest son, Maddox.

She said the virus had exposed the world's vulnerabilities and areas where more work needed to be done, including climate change and the issue of displaced persons. 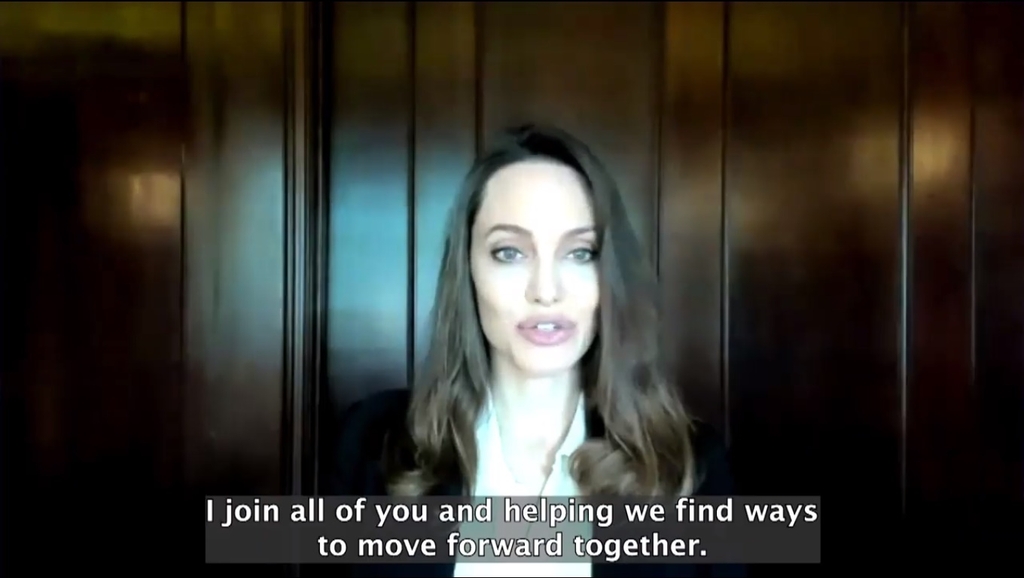 "And if we see, for example, in the pandemic that a few countries have taken the majority of the vaccines and other countries and peoples will be vulnerable without this. And we're going to act selfishly. It is not just unkind or unfair. It is ignorant," the 45-year-old said in a conversation with former U.N. Secretary-General Ban Ki-moon.

"It is not a way to balance and make a stable world, especially when we're talking about a global pandemic and a virus," she added.

Jolie noted that she has had the privilege of working with the UNHCR for 20 years.

As a special envoy for the agency, she said there was no place she would rather be than to be sitting with displaced families.

"We are not only doing what is the right thing to do. We are also building a future," the mother of six said, referring to the importance of reaching out to people across the world and helping them in their hour of need.

Jolie explained that displaced people should not be regarded as a "burden" and that many of them are professionals who can be taught further using modern technologies and sent home to build stronger countries.

"We have to invest in people more than weapons," she stressed. "We have to come together and value people."

Jolie made no reference to her son Maddox, who has reportedly been taking online classes from home since the pandemic struck.

The actress visited the college campus in Seoul in November 2018 together with Maddox and her second child, Pax.