"Considering various factors, including the need to revitalize the role of the WTO, Yoo has decided to renounce her candidacy," the Ministry of Trade, Industry and Energy said in a statement.

"South Korea will continue to make various contributions to rebuild and enhance multilateralism. It will especially make efforts to play leading roles in global issues, including reforming the WTO, as well as the digital economy and climate change," it added. 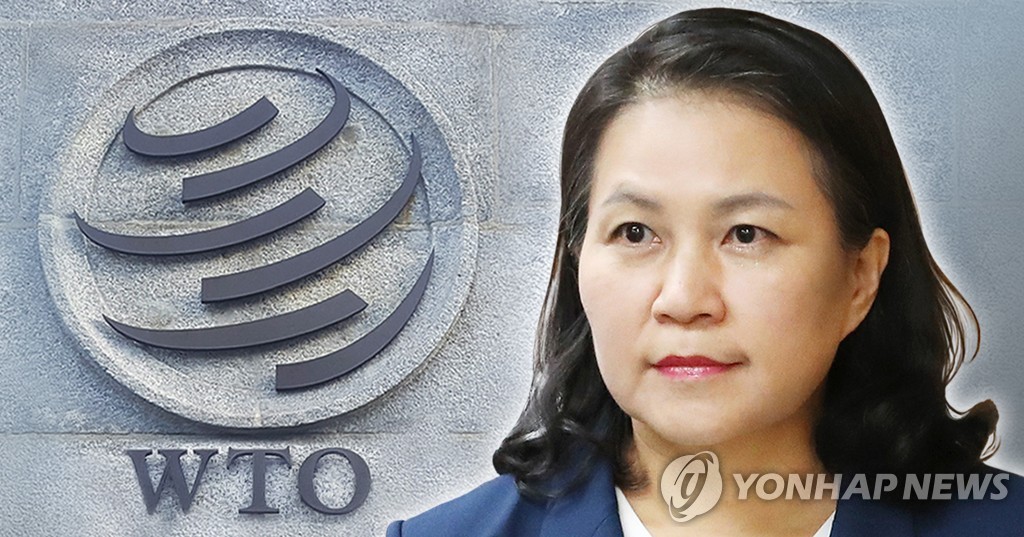 The WTO said in October that Ngozi Okonjo-Iweala of Nigeria has garnered more support than Yoo from the WTO's 164 member states.

The process to pick a new leader at the Geneva-based body is based on the consensus, not a majority vote. Accordingly, Seoul had believed that it could still have room to turn the tide.

Yoo was one of the two finalists. Candidates from six other countries dropped out of the competition in previous rounds.

During her campaign, Yoo vowed to focus on rebuilding trust in the multilateral trade system by making it more "relevant, resilient and responsive" if she were picked as the new WTO leader.

Yoo was the third South Korean to run for the top post of the Geneva-based trade body. Two South Koreans made unsuccessful bids in 1994 and 2012.