The Heroes had been the only Korea Baseball Organization (KBO) club without a foreign hitter going into spring training. Camps for 10 clubs across the league opened Monday, with the regular season set to begin on April 3. 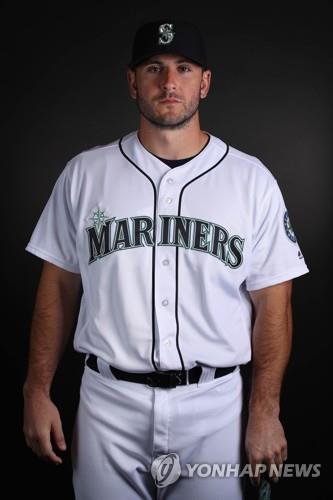 Freitas, 31, has appeared in 59 major league games for the Atlanta Braves, Seattle Mariners and Milwaukee Brewers. He had one home run and eight RBIs in those games.

He didn't appear in any games in 2020 as the minor league season was wiped out by the coronavirus pandemic.

Freitas handled first base and catcher both in the minors and the majors. The Heroes said he brings both power and contact ability to the plate.

The Heroes received dismal output from their two foreign hitters last season, first Taylor Motter and then his replacement, Addison Russell. In searching for a new import bat, they focused mostly on batting and less on positional fit. They're already set at the first base and catcher spots, which makes Freitas a candidate to be a full-time designated hitter who can spell the regulars at those two positions occasionally.

According to the Heroes, Freitas will start training next week at a facility in Scottsdale, Arizona, set up by his agency, PSI Sports Management, along with about 20 other clients of the company. The Heroes will be receiving video clips of Freitas' practice sessions to keep monitoring his offseason progress.

He will travel to South Korea once his work permit is processed. He will also have to serve a mandatory 14-day quarantine upon landing here.