BUSAN, Feb. 6, (Yonhap) -- The Coast Guard has seized 35 kilograms of cocaine from a container ship in the southern port city of Busan, officials said Saturday.

The drug has an estimated street value of 105 billion won (US$93.94 million) and is enough to be taken by 1 million people simultaneously, the authorities said.

The packages were found on a Liberia-flagged ship, which departed from Colombia on Dec. 15 and arrived at Busan New Port on Jan. 19. Their envelopes had a scorpion-shaped logo, which is usually used by Colombian drug cartels, they said. 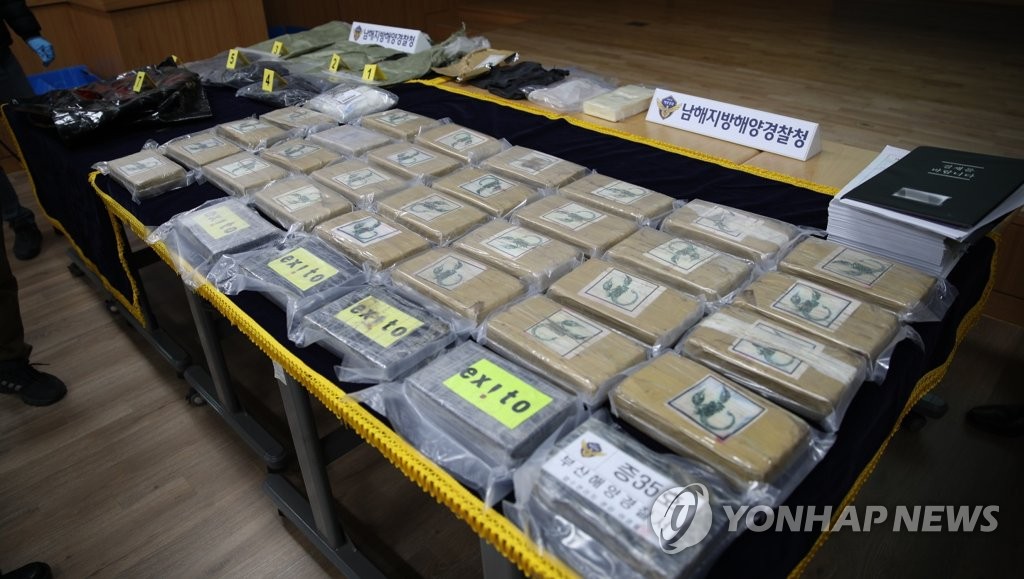 The authorities tracked the 140,000-ton vessel after being tipped off that a large amount of cocaine was hidden there. The regular liner from the South American country sails via the United States, Panama Canal, South Korea and China.

The ship had Greek, Russian and Ukrainian crew members. They are being investigated over how the narcotics were smuggled and whether they were involved, the Coast Guard said.
(END)