(ATTN: ADDS photo and details throughout)
By Choi Kyong-ae

SEOUL, Feb. 8 (Yonhap) -- Hyundai Motor Co. and affiliate Kia Corp. said Monday they are not in talks with Apple Inc. over an electric car manufacturing project in response to reports of their suspended discussions.

In separate regulatory filings, Hyundai and Kia, which together form the world's fifth-biggest carmaker by sales, said they are "not in talks with Apple over developing an autonomous vehicle."

The carmakers said they are considering forming a partnership with foreign companies in regard to self-driving electric vehicles but no decision has been made yet. 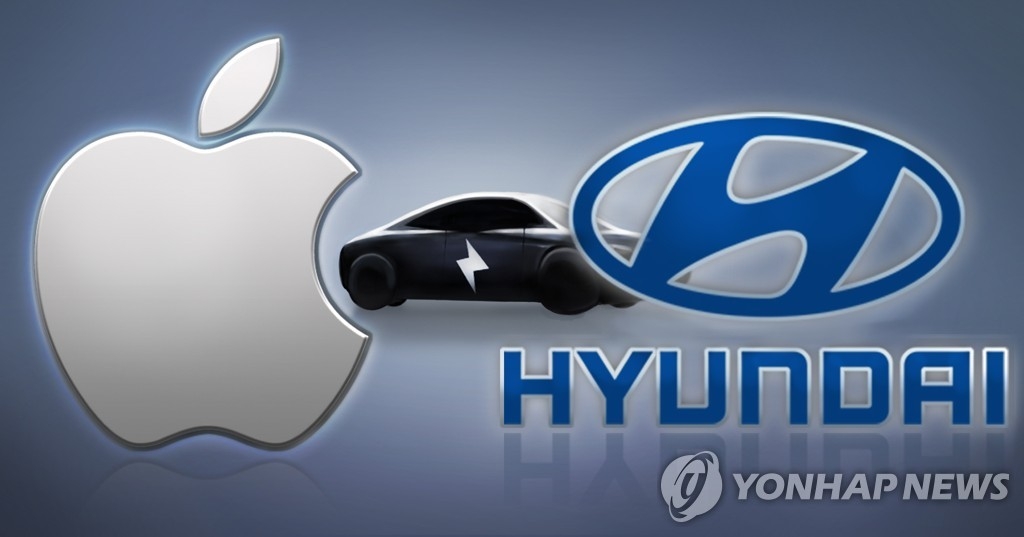 Over the weekend, Bloomberg reported Apple had held talks with Hyundai and Kia about building an electric vehicle, but the discussions stopped recently.

In January, Hyundai and Kia did not confirm or deny their potential cooperation with Apple over EV car production.

It is unclear whether discussions between Hyundai and Apple might resume or not. But Hyundai is one of only several carmakers that are capable of mass producing a self-driving electric car in their U.S. plants.

In recent years, Apple reportedly has hired engineers and designers with expertise in electric vehicles to develop a self-driving car system.

Industry people say it will take at least five to seven years for the Cupertino, California-based technology giant to launch an Apple car, as its development work is at an early stage.

(LEAD) Hyundai, Kia say not in talks with Apple on EV car project

(LEAD) Hyundai, Kia say not in talks with Apple on EV car project