The country plans to launch its first locally built Nuri rocket in October this year, committing 189.7 billion won this year to acquire technology to independently build space launch vehicles, according to the Ministry of Science and ICT.

While the country sent its 140-ton Naro rocket into space in 2013 after two failed attempts, the first-stage, main rocket on that launch vehicle was built in Russia.

The country aims to launch the new 200-ton Nuri rocket with a mock payload later this year, while a second launch, carrying a real satellite, is slated for May next year.

The science ministry said it will also spend 322.6 billion won on developing technology and services for new satellites.

The ministry said it plans to launch its next-generation mid-sized observation satellite next month in Kazakhstan and is working on developing a new public communications geostationary orbit satellite.

The country will invest 52.6 billion won on space exploration, which includes its lunar orbiter project that is currently preparing for a launch next year. 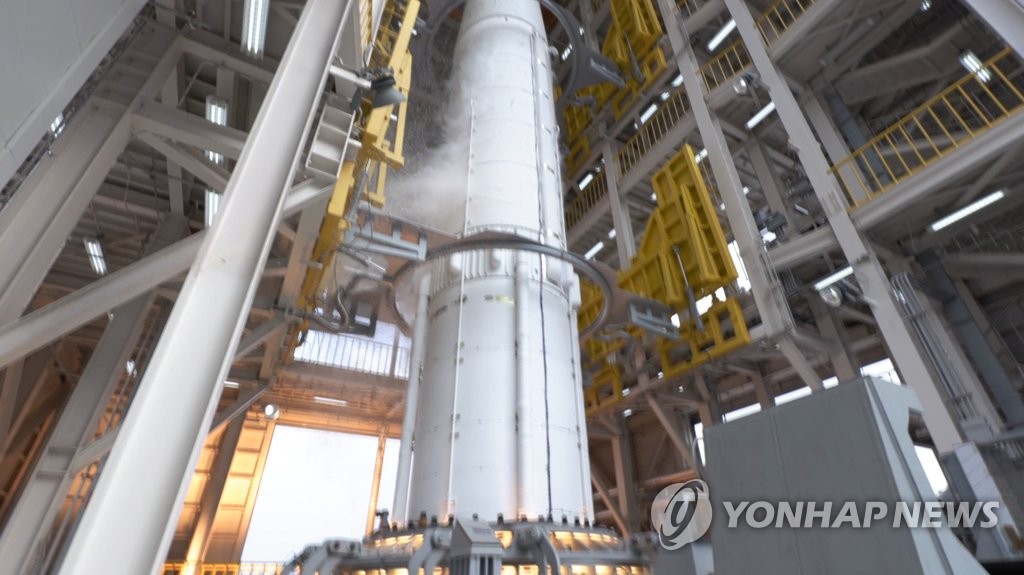 S. Korea to spend over 600 bln won on space projects this year

S. Korea to spend over 600 bln won on space projects this year