SEOUL, Feb. 8 (Yonhap) -- Rob Rapson, acting U.S. ambassador to South Korea, on Monday highlighted the strong bilateral partnership between the two countries in the first tweet he posted as the interim chief of mission.

Rapson, deputy chief of the U.S. Embassy in Seoul, has been serving as the charge d'affaires ad interim since former Ambassador Harry Harris left the post last month following the inauguration of new President Joe Biden.

"I'm honored to take over this account as Chargé d'Affaires for the U.S. Embassy in Seoul. I first served in Korea/Busan in 1984-86, and lots has changed, including my hairline, since then, but our partnership is getting stronger and stronger," he said in the tweet.

He attached an old photo of himself posing at his desk at the U.S. Consulate in Busan in 1985.

Rapson will head the embassy until a new ambassador arrives. 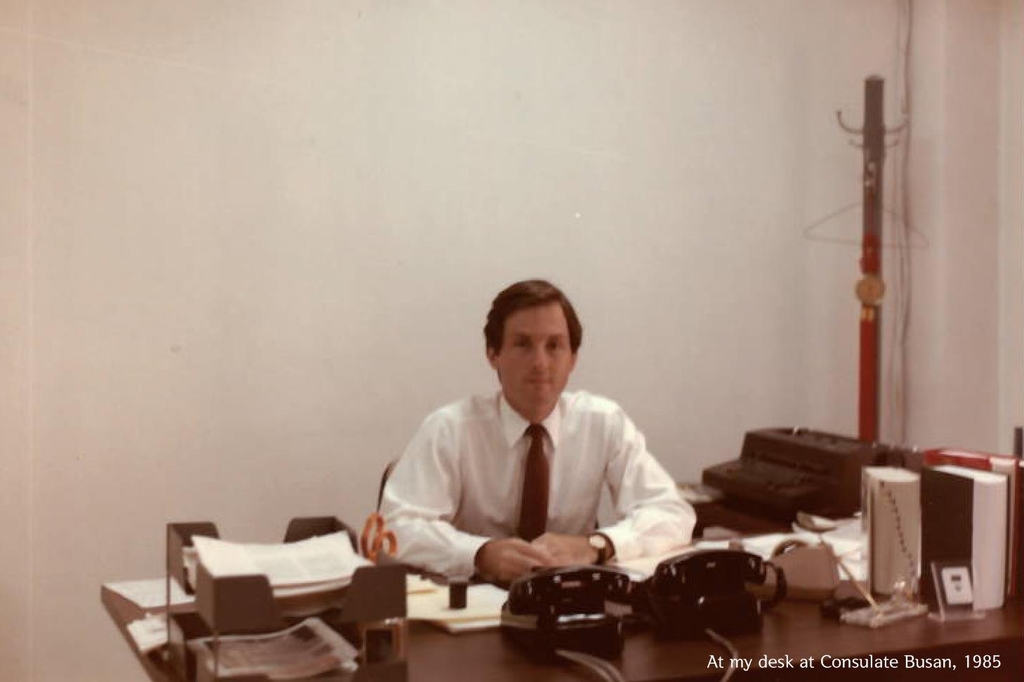