SEOUL, Feb. 9 (Yonhap) -- Prime Minister Chung Sye-kyun on Tuesday asked for the public's cooperation with the government's antivirus measures amid a backlash from small business owners in the greater Seoul area over stricter rules imposed on them than those in other regions.

"We ask for your participation in the spirit of the greater good and cooperation. We understand the underlying emotions, but it is a decision reached under comprehensive consideration of the transmission risk and social receptiveness," Chung said during an interagency meeting on the COVID-19 response held at the government complex in Sejong, 120 kilometers south of Seoul.

Chung was addressing complaints from small merchants in Seoul, the nearby city of Incheon and the surrounding Gyeonggi Province over the government's decision to maintain the limitation on business hours in the area to 9 p.m., whereas that of other regions has been loosened to 10 p.m. 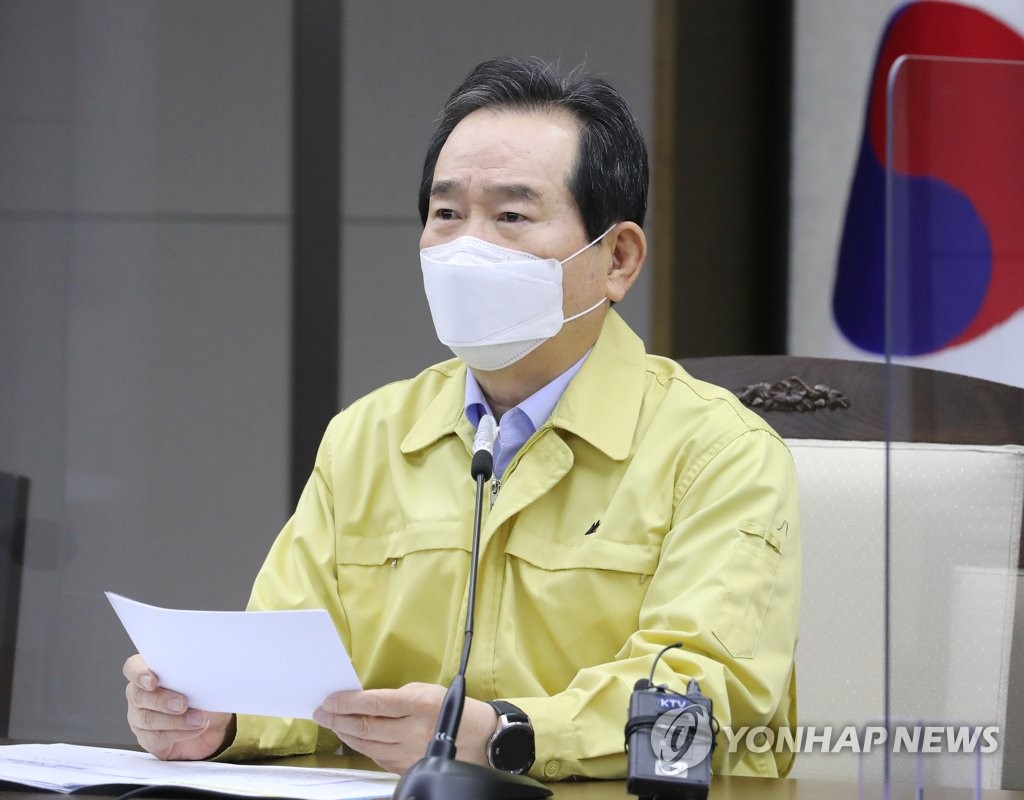 Following the decision, a group of small businesses in the capital region have engaged in a relay protest, with establishments taking turns in opening their facilities during banned hours, but without actually accepting customers, in defiance of the stricter virus curbs.

"(Your) participation in the virus response will be the source of strength in flattening the force of the pandemic's third wave and reducing the period of pain," Chung said, adding that the government was reviewing means of support toward affected businesses in multiple ways.

In asking for the public's support, Chung pointed out that virus-related metrics in the greater Seoul region still remained a concern to authorities.

"The situation in the capital region hasn't improved that substantially," Chung noted, adding that 3 out of 4 cases of COVID-19 as of late have emerged from the area while its virus reproduction rate rose above 1 recently. The rate measures the number of people that the average patient infects.

Chung said that it would be hard to foresee a stabilization of the situation even after the Lunar New Year holiday period later this week "if the capital region fails to overcome its final crucial moment." 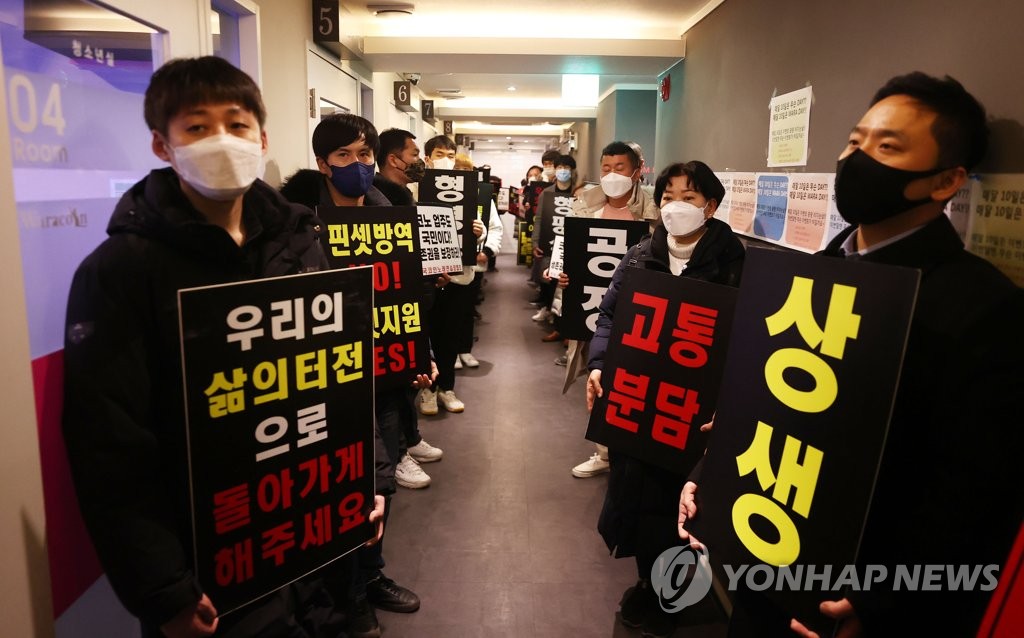