Chung made the remark after he was sworn in as the country's new top diplomat earlier in the day, as Seoul is seeking to firm up the relationship with Washington under Biden to create fresh momentum to jumpstart the negotiating process with Pyongyang.

"Achieving the denuclearization of the Korean Peninsula at an early date is the shared goal between South Korea and the United States. Therefore, I think coordination of our opinions on how to achieve that can be done fairly easily," Chung said in a press briefing.

"Because the alliance remains firm, I believe that there is no big problem in the coordination even if there is some gap in our opinions," he said.

Chung said he plans to speak with his U.S. counterpart, Secretary of State Antony Blinken, at an early date.

During the inauguration ceremony earlier, Chung stressed that the peace process with North Korea is a "must-go path" for South Korea, vowing to work closely with other key partners, like Japan, China and Russia, to achieve the goal.

Chung went on to highlight the need for South Korea to further develop the alliance with the U.S. in a "more sound, mutually beneficial and comprehensive manner," saying the relations with Washington are the "foundation of our diplomacy."

On the U.S.-China relations, Chung stressed that the two countries are important to Seoul as a key ally and No. 1 trading partner, adding that South Korea can play a role in helping the two countries "build trust" through cooperation in common areas like climate change and pandemic response.

Regarding the U.S-led regional security forum in the Indo-Pacific, known as the Quad, Chung said that Seoul is willing to participate in any form of regional cooperation initiative as long as it is "transparent, open, inclusive and in line with international norms."

Chung's nomination has been seen as reflecting Moon's will to revive his peace drive and help resume the nuclear diplomacy between Washington and Pyongyang. Chung is known for playing a key role in brokering the first-ever U.S.-North Korea summit in 2018. 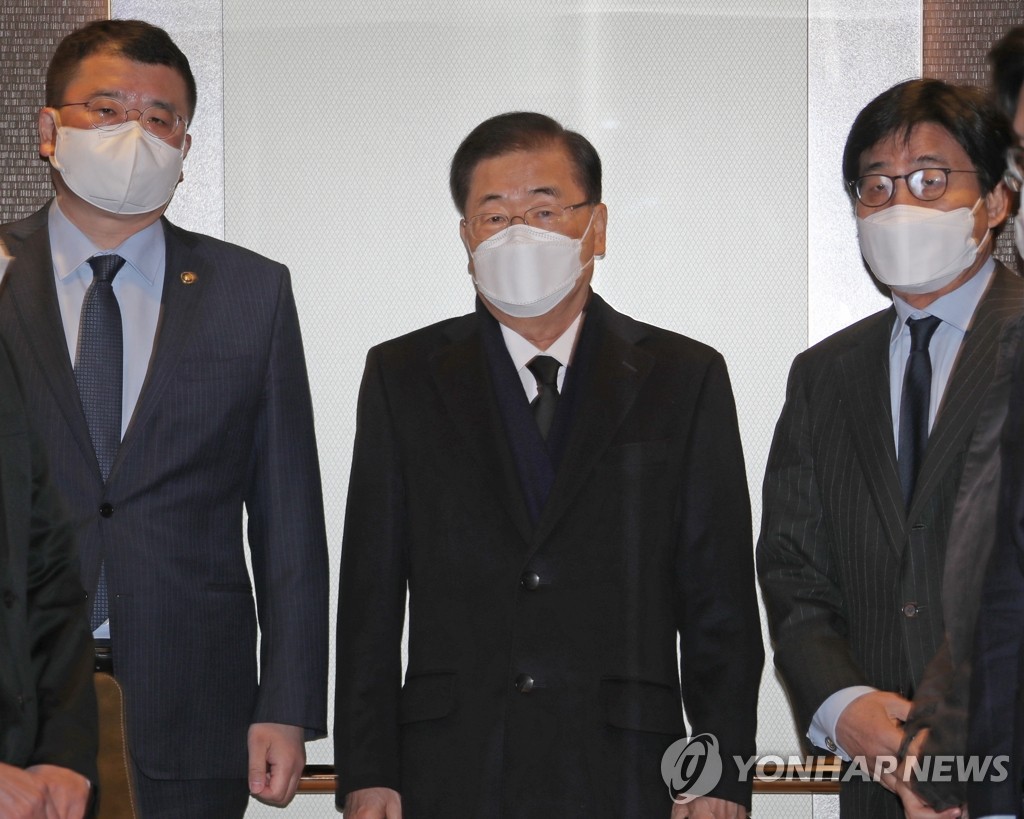