SEOUL, Feb. 11 (Yonhap) -- Prices of eggs in South Korea have jumped 27 percent so far this year, data showed Thursday, amid a supply shortage caused by the outbreak of bird flu here.

After topping the 6,000-won mark on Jan. 7, the prices continued to rise, affected by the outbreak of avian influenza. In January alone, prices of eggs jumped 25 percent.

A sharp rise in egg prices came as the outbreak of bird flu has ravaged chicken farms across the nation since November last year. 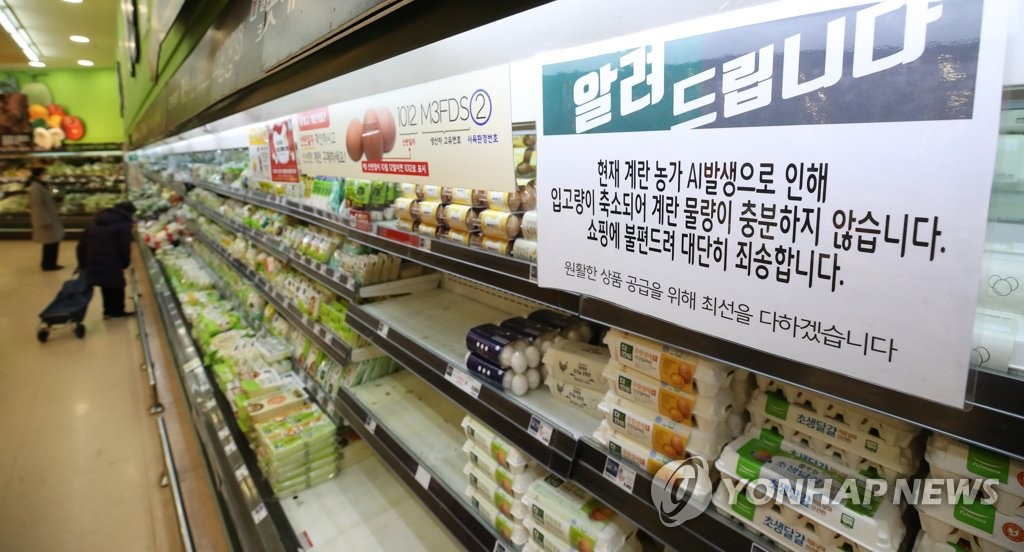 Despite the country's subdued inflationary pressure amid the new coronavirus pandemic, prices of agricultural and livestock products jumped last month.

The consumer prices rose 0.6 percent on-year in January, growing less than 1 percent for the fourth straight month, according to Statistics Korea.

But prices of eggs advanced 15.2 percent on-year in January, the fastest since March 2020, and those of farm products gained 11.2 percent, according to the statistics agency.

The government has been importing 20 million eggs since late January in a bid to ease a potential supply crunch ahead of the Lunar New Year holiday, which runs from Thursday to Sunday. The country also plans to import an additional 24 million eggs this month.

The country temporarily removed tariffs on imported egg products on Jan. 28 in an effort to ease a supply shortage.