SEOUL, Feb. 11 (Yonhap) -- South Korea has been rolling out intense measures to prevent the spread of the highly pathogenic bird flu, but local farmers have cried foul over what they claim are too excessive.

To curb the spread of the virus, the country destroys all birds within a 3-kilometer radius of infected farms. The measure was implemented in 2018, and farms were only advised to follow the order in the past.

South Korea has so far reported around 90 cases of the deadly H5N8 strain of avian influenza from poultry farms since late November. 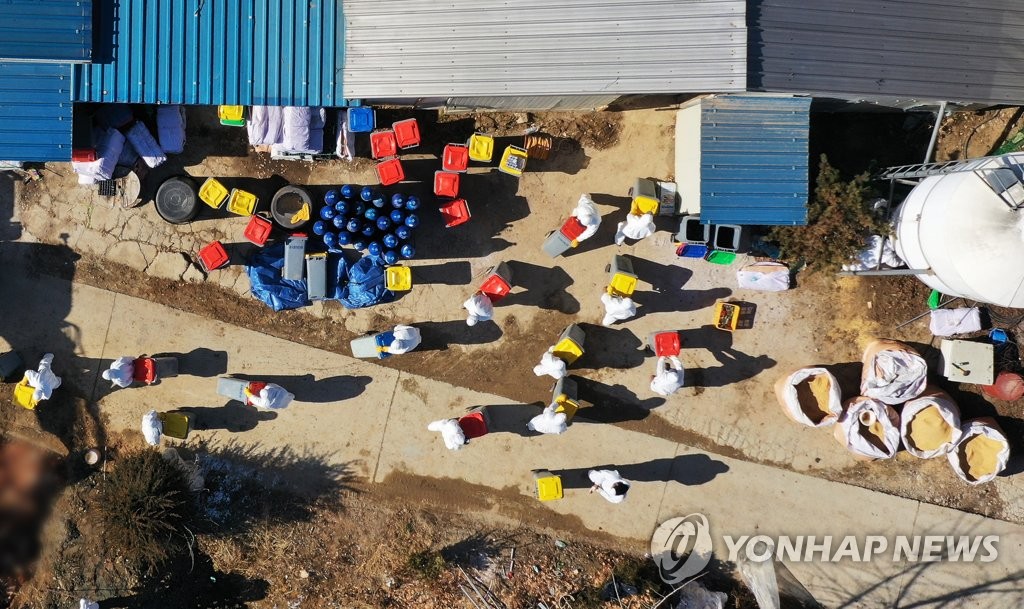 Farmers especially pointed out that the number of birds destroyed so far, currently estimated at around 26 million, is already approaching the 38 million birds killed during the previous wave of the avian influenza.

The country earlier identified a whopping 340 cases traced to poultry farms during the previous wave, which ran from October 2016 to February 2017.

Local farmers also complain that the excessive measures have also led to a hike in the price of poultry goods, which only ended up benefiting importers.

"The hike in the price of eggs came as the government destroyed a massive number of healthy chickens even from farms that are not infected," the Korean Federation of Sustainable Agriculture Organizations said in a statement. 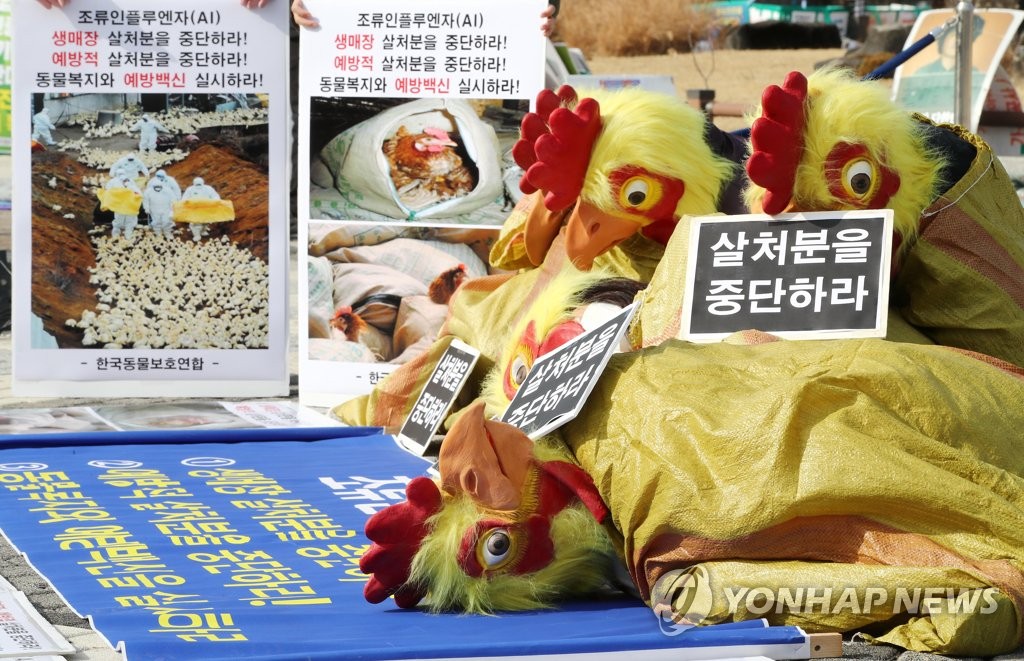