SEJONG, Feb. 9 (Yonhap) -- Over six out of 10 South Korean youth think that unification with North Korea is necessary, a survey showed Tuesday.

In a survey conducted by the education and unification ministries on 68,750 students enrolled in elementary, middle and high schools nationwide from Nov. 2-30 of last year, 62.4 percent said that the two Koreas need to reunify.

The finding marks a 6.9 percentage point jump from a similar poll conducted a year ago. Among students who saw the need for unification, 28.4 percent cited a reduction of the threat of war, while 25.5 percent mentioned common ethnic roots as the reason.

The rate of those who saw unification as unnecessary also rose to 24.2 percent, up from 13.7 percent in 2018 and 19.4 percent in 2019. The potential economic and social problems that could transpire from the event were the most common reasons they gave for their opposition, with 27.6 percent and 23 percent, respectively.

Of the total respondents, 13.4 percent said they remained undecided on the issue. 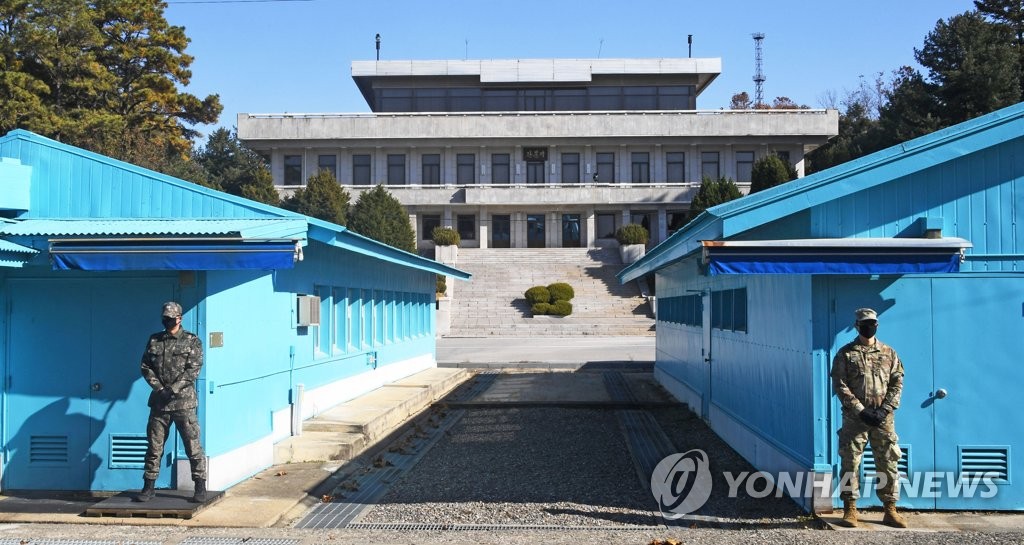 Of the surveyed, 54.7 percent said they consider North Korea a partner for cooperation, up 10.9 percentage points on-year. The rate of those who saw the North as a nation to watch out against dropped 11.6 percentage points to 24.2 percent.

The rate of those who assessed Seoul-Pyongyang relation as being "not peaceful" stood at 35.2 percent, rising for the second consecutive year.

The two Koreas are technically in a state of war as the 1950-53 Korean War ended in a truce, not a peace treaty. Seoul and Pyongyang saw progress in cross-border exchanges after the North's participation in the 2018 Winter Olympics in the South, which later led to historic bilateral summit diplomacy events.

But the peace mood has failed to last since the summit between former U.S. President Donald Trump and North Korean leader Kim Jong-un in Hanoi in February 2019 collapsed without a peace deal.