North Korea celebrated the 73rd anniversary Monday of the foundation of its army and has another key national holiday coming up, which is the Feb. 16 birthday of its late leader, the father of current leader Kim Jong-un.

The drills began in December and are expected to end around March.

In 2018, the North held a massive military parade showing off weapons and military hardware to mark the 70th army founding anniversary. But the country has since not held such events, as big celebrations usually take place on every fifth or 10th anniversary. 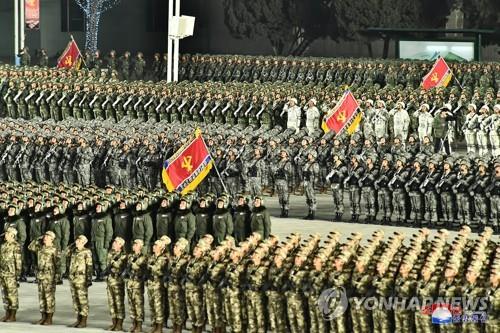