SEOUL, Feb. 9 (Yonhap) -- A planned live-fire exercise involving Apache attack helicopters of the U.S. Forces Korea has been suspended following noise and other complaints from residents near the firing range in the southeastern city of Pohang, officials said.

The Anti-Corruption and Civil Rights Commission said the drill, which had been scheduled to begin on Tuesday and continue until next month, will be suspended while a mediation procedure is under way with residents near the Suseong firing range in Pohang.

"As the live-fire drill cannot be suspended for a long time, we expect the commission's prompt and reasonable mediation," defense ministry spokesperson Boo Seung-chan said during a regular press briefing.

Earlier, some 2,800 residents living near the range filed a petition with the agency calling for the cancellation of the exercise and closure of the facility, citing noise and vibration caused by the exercise. 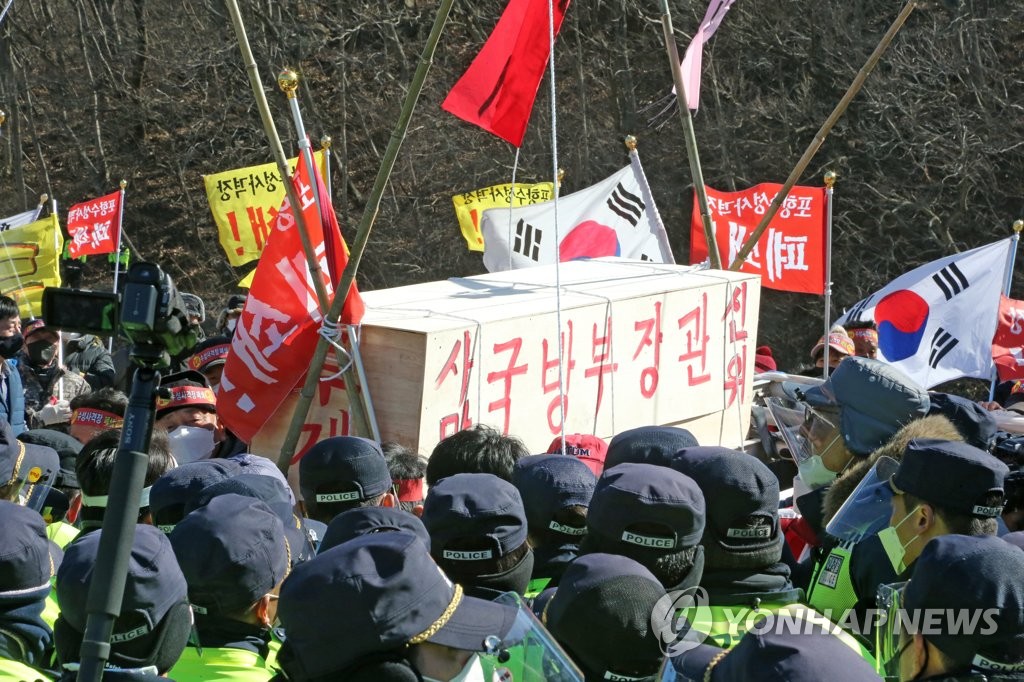