Local e-commerce sales came to US$104.1 billion last year, up 19.5 percent from a year earlier, according to the report released by the Korea SMEs and Startups Agency and based on data from market researcher eMarketer.

China topped the global e-commerce market list with $2.8 trillion, trailed by the United States with $709.8 billion, Britain with $153.6 billion and Japan with $108.7 billion.

The agency said that despite a worldwide economic slump, the global e-commerce market gathered ground last year thanks to increased "untact" consumption stemming from the COVID-19 outbreak.

This year, global e-commerce is expected to gather further momentum, with China likely to become the world's first country this year, where e-commerce accounts for more than half of overall consumption, it added. 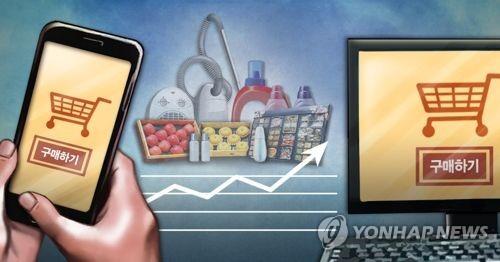