SEOUL, Feb. 9 (Yonhap) -- Police requested an arrest warrant Tuesday for a couple after they allegedly mistreated their live-in niece causing her death.

The Yongin Dongbu Police Station said that it requested the warrant to formally detain the man and his wife, both in their 40s, for a probe into the child abuse case in Yongin, just south of Seoul.

A court decision on the warrant is expected to come as early as Wednesday afternoon.

The couple are accused of having beaten their 10-year-old niece with a plastic broom and other objects and repeatedly throwing her into their home bathtub until she stopped breathing Monday.

According to police, the girl lost consciousness after being forcibly put in and out of bathtub several times Monday afternoon before being transported by paramedics to a hospital, where she was pronounced dead of secondary shock. 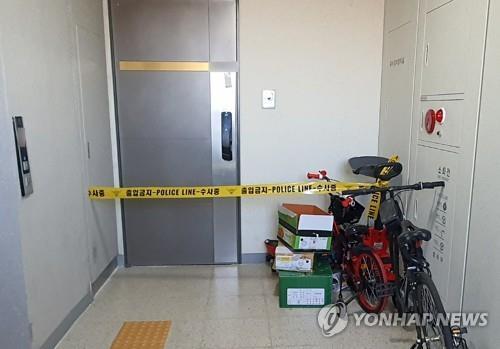 Her death was reported to police as a child abuse case after doctors found bruises all over her body. The couple reportedly told police that they had inflicted physical punishment and water torture-style acts on the girl as discipline for not being obedient and potty trained.

Detailed results of an antopsy to determine the exact cause of her death are expected to come about two weeks later.

The girl was said to have lived with her mother's elder sister and her husband since late October or early November last year due to the mother's work life and other personal reasons.

The girl had reportedly lived with her birth parents in another area of Yongin and attended school normally before moving into her aunt's house, police said.

It is the second fatal child abuse case in two months to make headlines in South Korea. In January, an adoptive mother from Seoul was indicted on charges of child abuse resulting in the death of a 16-month-old baby girl, who was adopted in February last year and died in October of severe abdominal injuries and internal bleeding.