WASHINGTON, Feb. 9 (Yonhap) -- The United States will engage North Korea after its ongoing policy review is completed and U.S. allies are brought up to speed, in terms of their approach and objective, a State Department official said Tuesday. 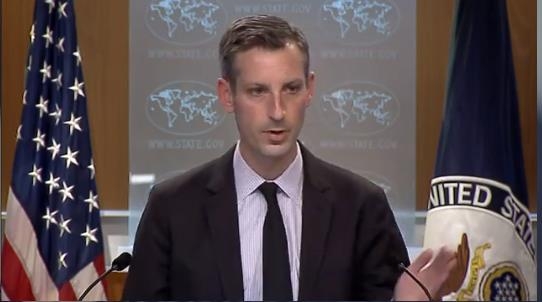 The new top U.S. diplomat has argued the former Trump administration's foreign policy failed because of its "America First" policy, which he says had often led to America acting alone.

"Our focus in formulating this new policy, this new policy approach and undertaking these consultations will be on reducing the threat to the United States and our allies," said Price. "And as I think you've heard us say before, at the core, we do remain committed to the denuclearization of North Korea."

Price dismissed concerns that not engaging with North Korea quickly could lead the North to try to force itself onto the agenda of the new Biden administration, possibly through the means of military provocations.

"I think we would be more concerned with the prospect of not closely coordinating with our partners, in this instance, of course, the Republic of Korea and Japan," he said.