SEOUL, Feb. 10 (Yonhap) -- South Korea reported the largest job loss in January since 1998 as a flare-up in new coronavirus cases, along with continued virus curbs, dealt a heavy blow to jobs in the service sector, data showed Wednesday.

The number of employed people reached 25.8 million last month, 982,000 fewer than a year earlier, according to the data compiled by Statistics Korea.

It marked the sharpest on-year fall since December 1998, when the country lost 1.28 million jobs in the wake of the 1997-98 Asian financial crisis.

The country has reported job losses every month since March, when the nation lost about 195,000 jobs, the first on-year job loss since 2009, amid the pandemic.

It marked the longest streak of job losses since the number of employed people declined for the 16th consecutive month in April 1999. 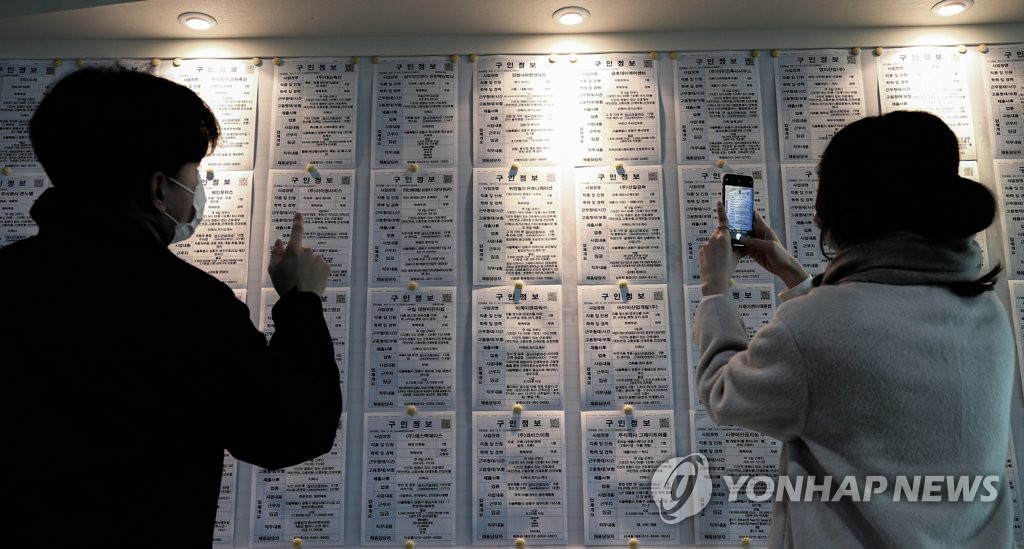 "In January, the number of employed people continued to decrease amid tougher virus curbs, led by job losses in face-to-face service sectors," Jeong Dong-myeong, a senior official at the statistics agency, said at a press briefing.

On Dec. 8, the country raised its social distancing rules to Level 2.5, the second highest, in the Seoul metropolitan area, home to half of its total population, and to Level 2 in the rest of the country.

The data showed the local job market remains in limbo even as the South Korean economy is slowly recovering on brisk exports.

Finance Minister Hong Nam-ki earlier said job data are expected to remain sluggish until February, given the pandemic's lingering impact on the employment market and the base effect.

"In light of antivirus efforts and economic situations, we cautiously expect that the job market probably hit bottom in January and will likely improve slightly," Hong said at a pan-governmental meeting on the economy.

The number of unemployed people came to 1.57 million last month, the largest since June 1999, when the statistics agency began compiling related data.

The unemployment rate for young adults -- those aged between 15 and 29 -- came to 9.5 percent in January, up 1.8 percentage points from the previous year.

The number of non-economically active people or those who have no willingness to work, hit a record high of 17.6 million in January, up 867,000 from a year earlier.

The number of employed people declined for all age groups, with people in their 30s falling by the most with 273,000.

The employment rate for those aged between 15 and 64 reached 64.3 percent, down 2.4 percentage points from a year earlier.

Job losses were pronounced in the service sector as the new coronavirus outbreak severely dented the segments providing face-to-face services.

The accommodation and food service segment reported an on-year fall of 367,000 jobs last month, and the wholesale and retail sector lost 218,000 posts.

The manufacturing sector, the backbone of the country's economy, was also hit by the COVID-19 pandemic, as it lost 46,000 jobs on-year last month.

But the public administration sector gained 20,000 jobs, and the transportation and warehouse segment added 30,000 positions. 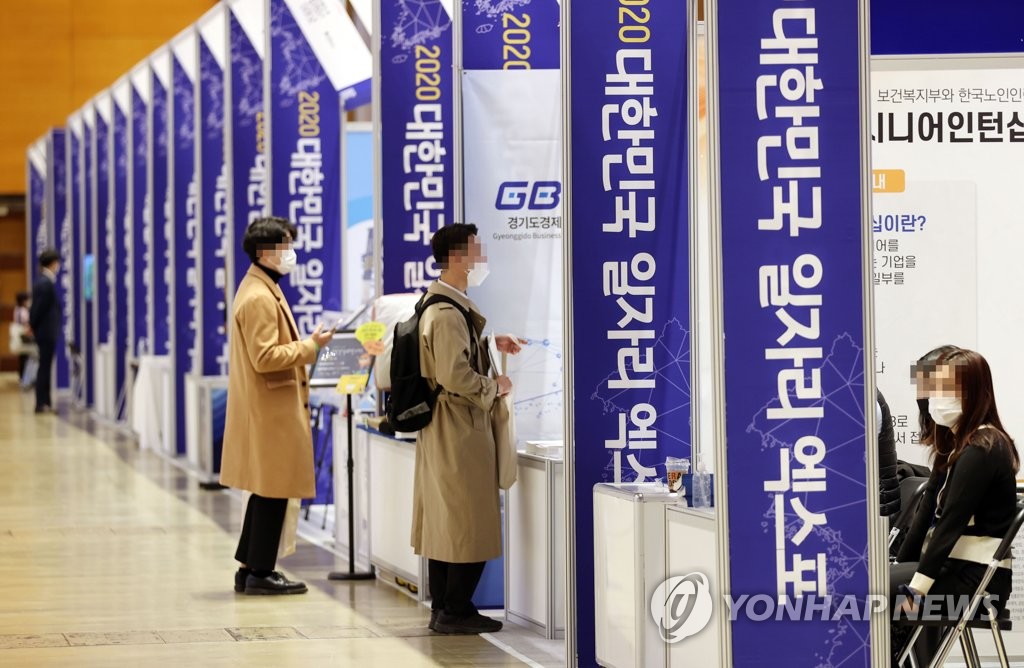