SEOUL, Feb. 10 (Yonhap) -- "The Man Standing Next," a political drama about the assassination of former President Park Chung-hee in 1979, has won best picture at the 41st annual Blue Dragon Awards, one of the nation's top film honors.

At the awards ceremony held at Paradise City Korea in Incheon, 40 kilometers west of Seoul, on Tuesday, the movie directed by Woo Min-ho earned the very last trophy out of 10 nominations. 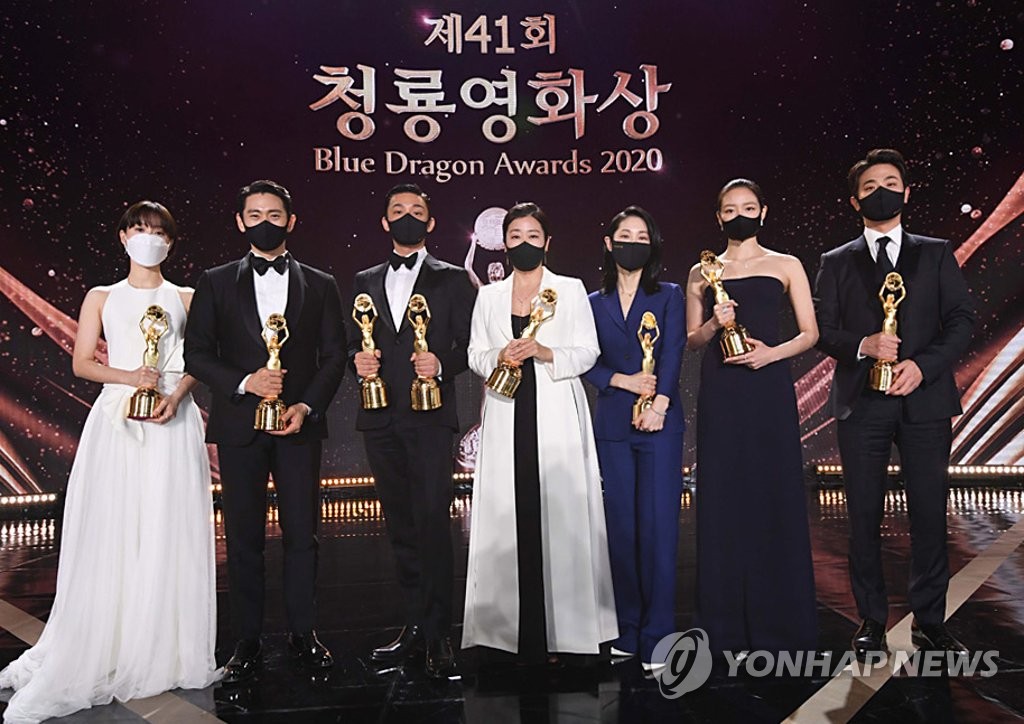 It is Woo's second Blue Dragon's best picture following the political crime-action film "Inside Men" in 2016.

"The Man Standing Next" has been chosen as South Korea's entry for the best international feature film category of the 93rd Academy Awards slated for April. 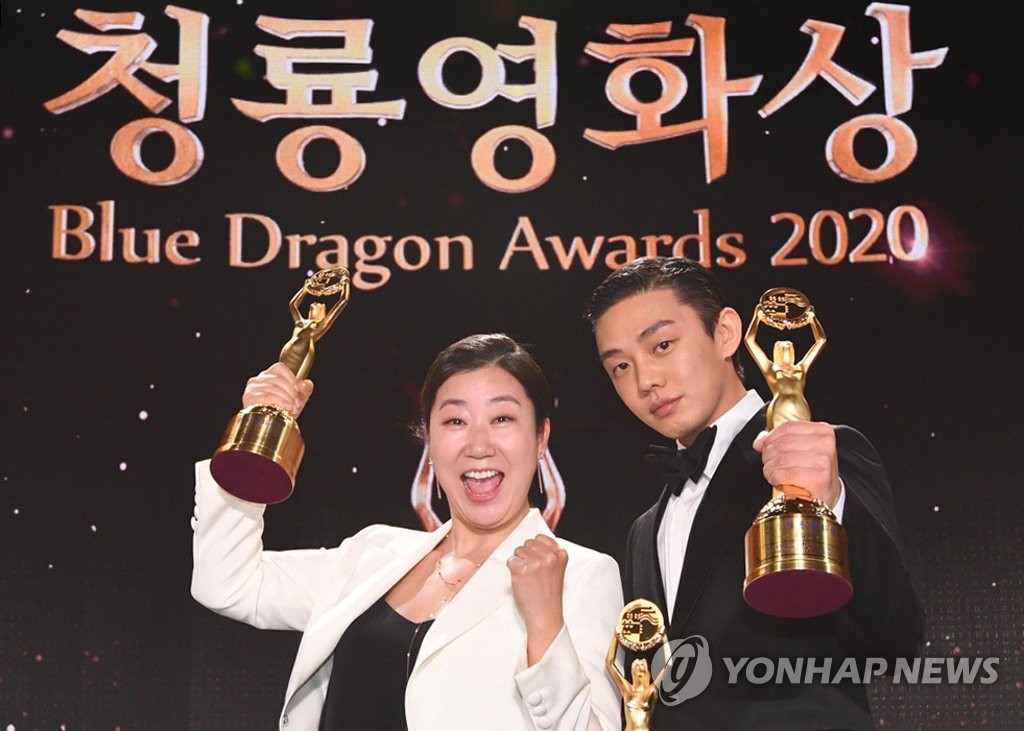 Yoo Ah-in was awarded best actor for his performance in the crime drama "Voice of Silence," while the best actress title went to Ra Mi-ran of the comedy "Honest Candidate."

The honors of best actors in supporting roles were given to Park Jung-min of "Deliver Us from Evil" and Esom of "Samjin Company English Class." 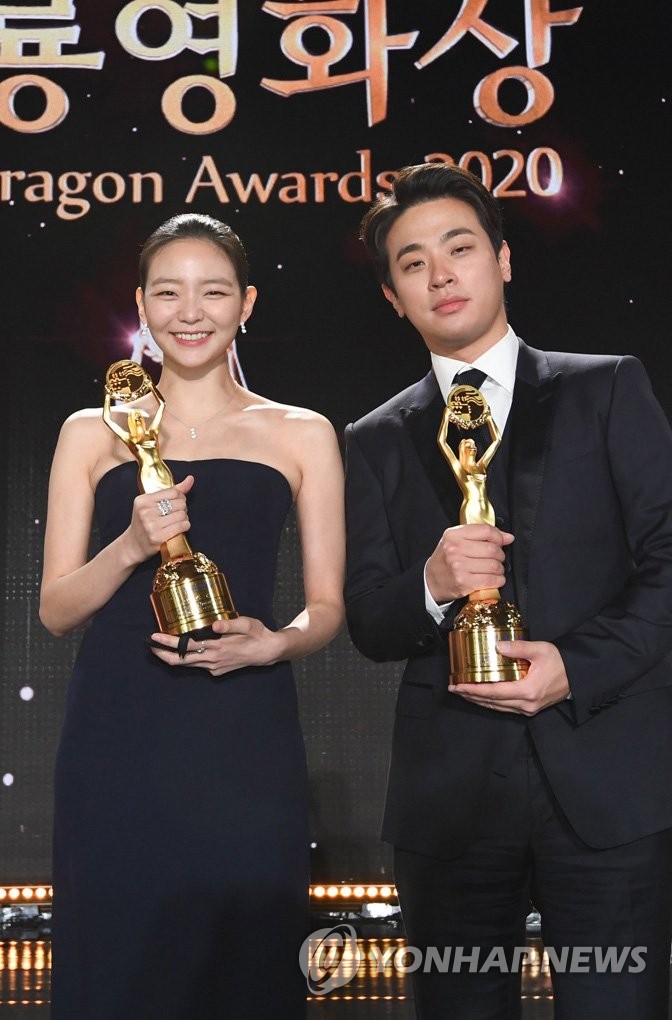 The Blue Dragon Awards were originally scheduled to take place in December but were postponed for about two months due to the COVID-19 pandemic.