"On Feb. 23, Jin, Suga, J-Hope, RM, Jimin, V and Jungkook will bring their collective energy to an update of the storied series straight from Seoul, South Korea," MTV reported on Tuesday (U.S. time).

While the broadcaster did not elaborate on the songs that BTS will perform, it said the "special promises to bring fans a new look at the group's latest album 'BE,' which dropped in November." 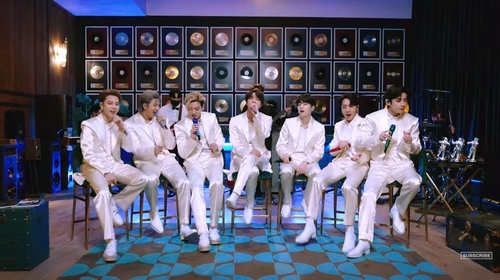 The eight-track album includes title track "Life Goes On" as well as pre-released hit "Dynamite." Both songs have topped Billboard's main singles chart, writing history as the first song mostly sung in Korean and the first song by a K-pop act to reach No. 1, respectively

The album has extended an winning streak on Billboard charts, with "Dynamite" still staying at No. 46 on the Hot 100 this week and the album ranking No. 74 on the Billboard 200.

First aired in 1989, "MTV Unplugged" is a series that shows legendary artists playing acoustic instruments, which is where the program title comes from. Notable acts that have appeared on the show include Nirvana, Eric Clapton, Sting, Oasis and Mariah Carey. 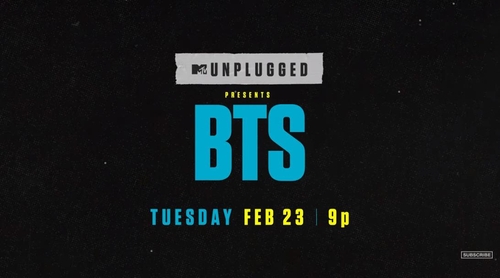 BTS to perform on 'MTV Unplugged' this month

BTS to perform on 'MTV Unplugged' this month