SEOUL, Feb. 13 (Yonhap) -- When Ryon Healy signed with the South Korean ball club Hanwha Eagles last December, he may not have known exactly what he was getting into.

The two-time 20-homer slugger in Major League Baseball (MLB) knew the Eagles would be rebuilding, but not to the extent that he has seen in spring training that began on Feb. 1. At just 29, Healy is one of the oldest players on the Eagles, who have parted ways with several unproductive, 30-something veterans after finishing in last place in the Korea Baseball Organization (KBO) in 2020. The Eagles had the league's worst record mainly because they struggled to put up runs on the board. They ranked last in batting average, runs scored, home runs, hits, on-base percentage and slugging percentage, while their hitters suffered the most strikeouts and drew the fewest walks in the league.

Enter Healy, who hit 24 home runs for the Seattle Mariners three seasons ago and 25 for the Oakland Athletics the year before that.

The Eagles clearly signed Healy for his ability to hit for power. They managed only 79 home runs in 144 games last year, while all other clubs reached triple digits in the category. Healy will be counted on to address that power outage.

But on the rebuilding club, Healy thinks he can be so much more than just a middle-of-the-order slugger.

"Even being here a few days, you can feel the youth that this team has, and the desire to learn and get better individually and as a team," Healy said in a recent email interview with Yonhap News Agency. "So I'm excited to bring the experience I've accumulated on the MLB side and share whatever I can to the young players here. It will be a great opportunity to better a lot of young ball players, and find new ways to win every single game." Healy chose to make the leap to the KBO for "a great opportunity to play every day and get some much needed at-bats under my belt." Healy missed much of the 2019 season with the Mariners because of injuries, and he was ruled out for the year in August with hip operation. He signed a one-year deal with the Milwaukee Brewers prior to the 2020 season, which was reduced from 162 games to 60 games due to effects of the coronavirus pandemic. Healy only appeared in four games and batted 1-for-7.

"After the way the 2020 season shaped out for me personally, I felt that there was a lot of uncertainty going into the 2021 season in the States," Healy said. "I really am just so beyond excited to play baseball again."

As MLB and the players' union squabbled over the format of the 2020 season and the pandemic raged on, the KBO opened its season on May 5 and completed the full, 144-game schedule. And for the first time in league history, KBO games reached American TV viewers, as the sports cable giant ESPN signed on to carry six regular season games per week and every postseason game, too. 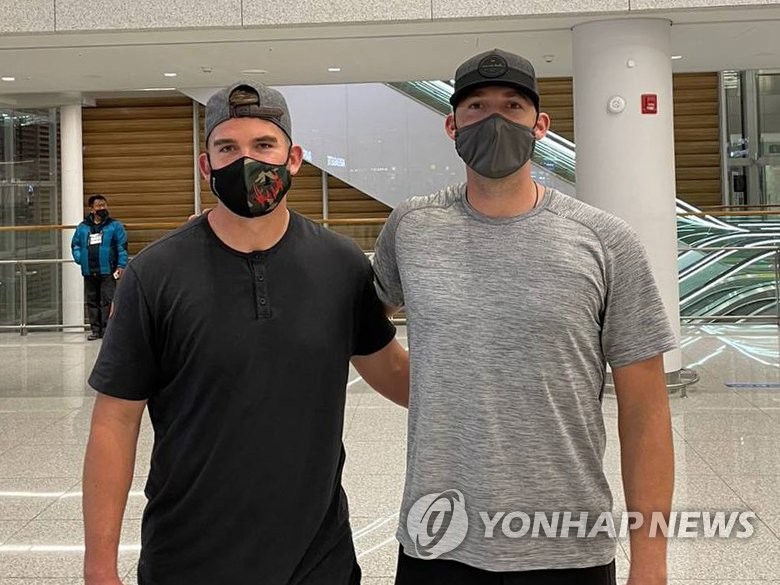 "After the KBO was able to still play a full season last year, a lot of ball players were almost jealous as we sat at home and watched on ESPN during our quarantine time in the States," Healy said. "So for me, I can't wait to be a part of the day-to-day grind again."

There have been a few recent cases of ex-MLB players finding success in the KBO and parlaying that into a second tour of duty in the big leagues.

If Healy were to follow in their footsteps, he'd have to learn how to attack breaking balls and offspeed pitches in the KBO. He won't face the kind of high-velocity stuff here that he saw in the majors, but he will likely see a wider variety of other pitches. 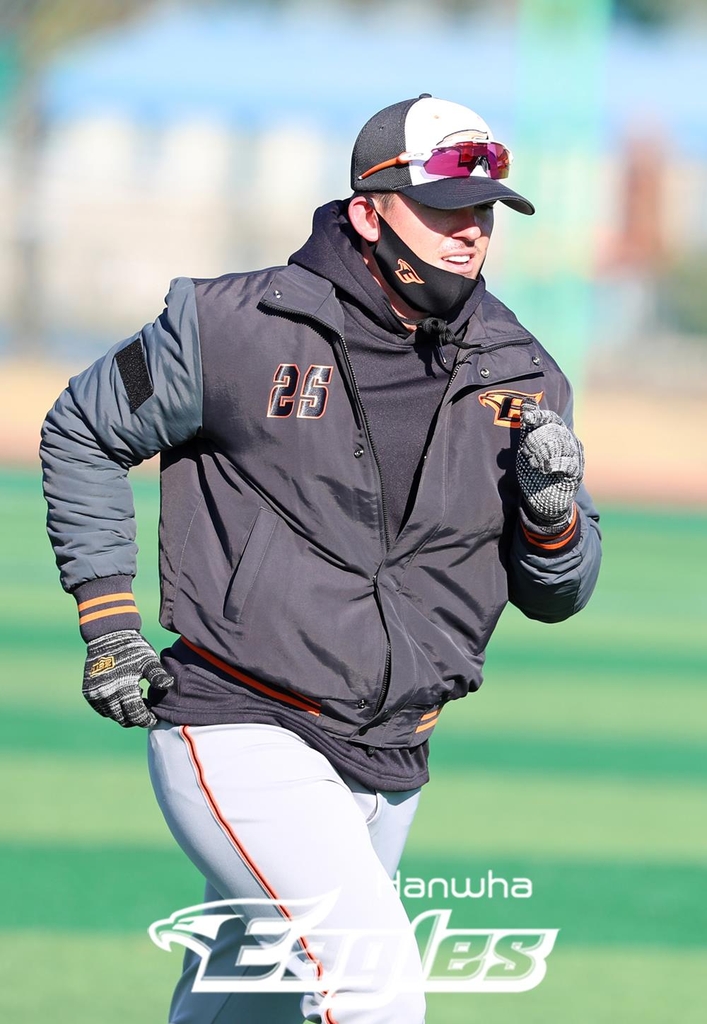 Healy said facing different types of pitchers in the KBO will be "the perfect challenge for me."

"It's going to force me to be selective at the plate and make sure I am swinging at my pitch," he said. "I don't feel like I ever lost my ability to hit an offspeed pitch. I just think my pitch selection with breaking balls in general hurt those overall numbers."

Healy said he has learned a great deal about the KBO in the past month or so, after not having much knowledge prior to that. He's obviously still learning about the team and his new surroundings, but he has plenty of company.

"That has already been such a huge help with the transition," Healy said of having English-speaking manager and coaches. "Everything that I'm experiencing for the first time over here is also new to the coaching staff for the most part. So for us to go on this journey together makes it even more special for each of us individually."

Healy said the Eagles' focus on conditioning at the onset of spring training was one thing that stuck out to him as uniquely KBO. After the kind of season they had in 2020, the Eagles weren't messing around.

"The commitment that the training staff shows to getting their players into shape is amazing," Healy said. "Very challenging on a day-to-day basis, but sets you up for the long season ahead."