A 9,200-ton ship will be used to demonstrate the shipbuilder's remote autonomous navigation system known as Samsung Autonomous Ship, or SAS, the company said. 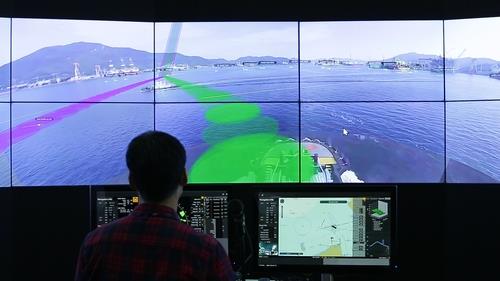 If Samsung Heavy succeeds in the demonstration, it will be the world's first shipbuilder to secure the remote autonomous navigation system for large vessels, the shipbuilder said.

In October 2020, Samsung Heavy said it successfully navigated its 300-ton remote autonomous ship in seas off Geoje Island, 398 kilometers south of Seoul, via a remote control system at a research center located in Daejeon, 250 kilometers away from the seas.