In the report, Kim stressed the issue of "improving the role of the non-permanent economic development committee and other important practical issues for consolidating the Cabinet-centered system, Cabinet-responsibility system," KCNA said.

He called on the Cabinet and state economic guidance organs to restore "the function peculiar to them as economic organizer and their controlling function to improve the guidance and management over the whole economy."

Kim also noted that the ruling party will support the "bold renovation in the economic work to the end," saying that the success or failure of this year's economy depends on the "capability and role of the state economic guidance organs."

North Korea has unofficially organized internal task forces ahead of nuclear talks with the U.S. or inter-Korean meetings in the past. Last year, state media reported that it also launched a "makeshift central public health committee" amid nationwide efforts to prevent the outbreak of the new coronavirus.

However, it is rare for the North to create a state committee focused solely on tackling economic challenges. The North appears to have launched the rare committee in an apparent move to improve its outdated economic system as the country pushes ahead to achieve economic goals set forth at last month's party congress.

During the eighth congress of the ruling Workers' Party last month, Kim unveiled the new five-year economic development plan focusing on self-reliance amid multiple challenges, including efforts to ward off the coronavirus and crippling sanctions. 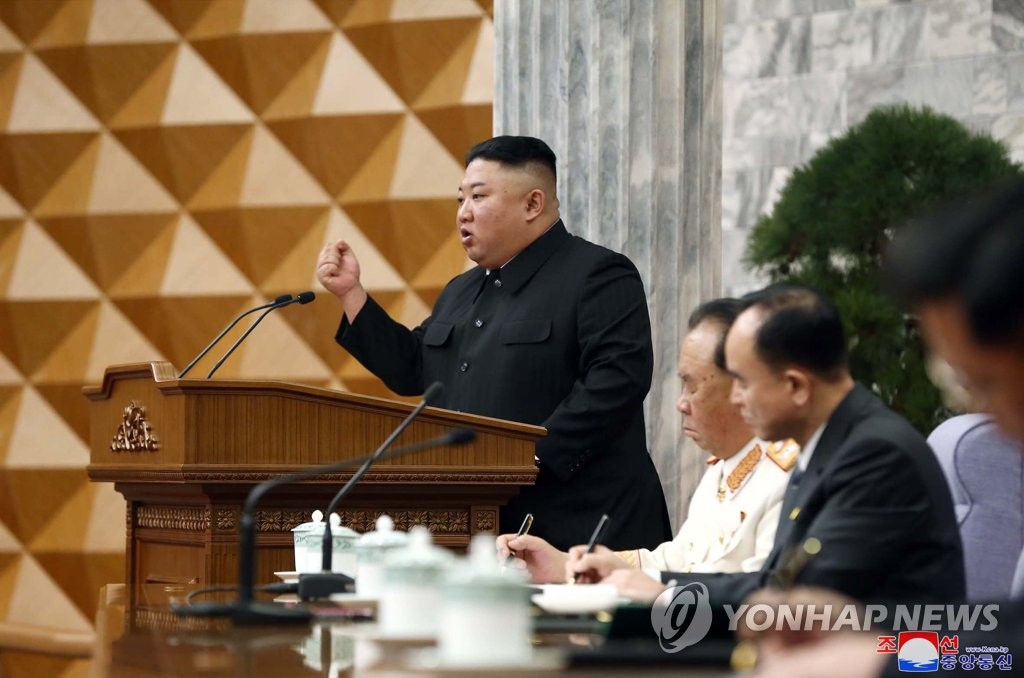