SEOUL, Feb. 12 (Yonhap) -- The main opposition People Power Party (PPP) on Friday stepped up its pressure on the chief justice to step down for his alleged role in the parliamentary impeachment of a judge, threatening to file a criminal complaint against him if he refuses to resign.

"(The PPP) has a stance that it will lodge a complaint against Chief Supreme Court Justice Kim Meong-su with the prosecution if he does not step down," Rep. Kim Gi-hyeon, who heads the party's campaign against the chief justice, told Yonhap News Agency. The complaint, in that case, will be filed early next week, he added.

PPP lawmakers have also raised suspicions that Kim instructed former and sitting judges to lobby opposition lawmakers they personally know so parliament could vote to approve his appointment as chief justice in September 2017.

Another party official said the PPP will mainly accuse Kim of abuse of power but may also consider raising other charges of misconduct during Kim's official career.

"On top of the abuse of power charges, (the party) is legally reviewing whether to lay down other charges in the letter of complaint, such as coercion and dereliction of duties," the official said.

The controversy began when media reports emerged last week that Lim Seong-geun, a senior judge of the Busan District Court, met Kim to offer his resignation in May last year but that the chief justice refused to accept it, citing the looming impeachment attempt. The chief justice initially denied the report but made a public apology for his untrue denial after Lim's lawyer disclosed an audio recording of the conversation between the two during the meeting, hours before parliament passed the impeachment motion on Feb. 4.

A local court acquitted Lim in February last year in an abuse of power case. The court acknowledged most of the accusations prosecutors raised against him, including meddling in several politically sensitive trials under the former Park Geun-hye administration, declaring his intervention "unconstitutional." But it ruled that the act still does not constitute abuse of authority, nor the obstruction of other judges' exercise of rights.

The legislature, led by the ruling Democratic Party, cited the court-acknowledged unconstitutionality in Lim's case as the main reason for his impeachment. The Constitutional Court is currently deliberating on the case to finally determine whether to oust Lim from office. 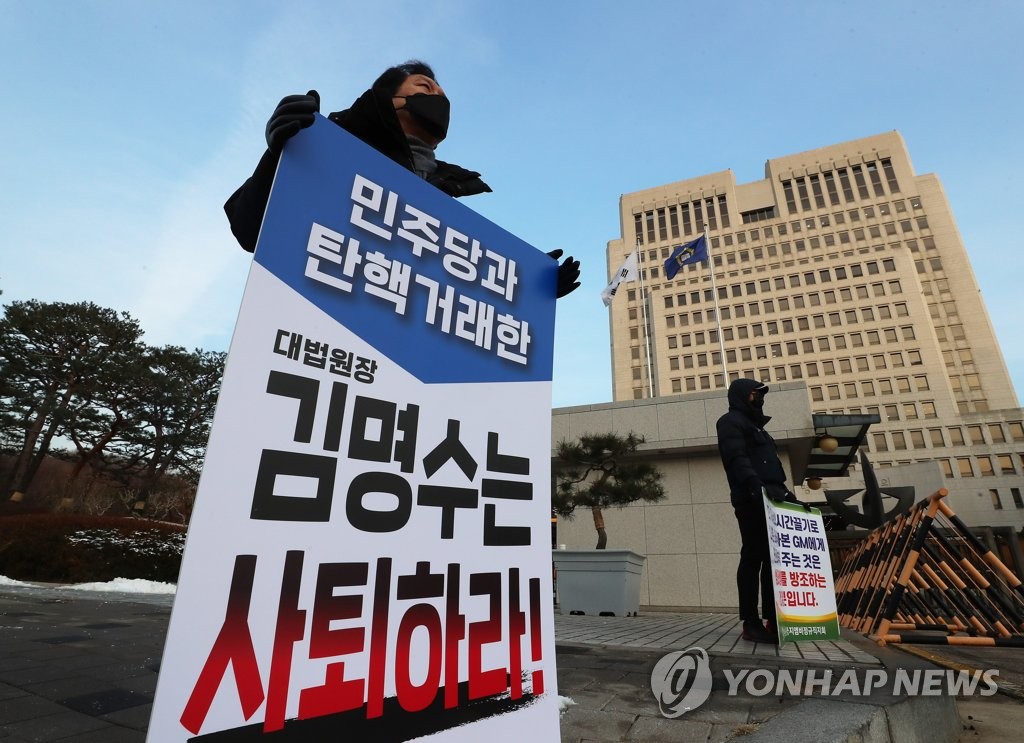