"The Album" has resurged to No. 59 on the Billboard 200 chart updated Tuesday (U.S. time), ascending 89 notches from a week before.

It marks the 18th consecutive week the four-member band has stayed on the chart with its album since debuting at No. 2 in October, making history as a South Korean girl group. 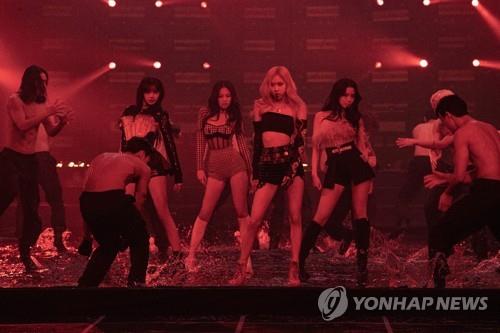 The album also swung back to No. 32 on American music publication Rolling Stone's Top 200 Albums Chart for the week of Jan. 29 to Feb. 4, rising 153 spots in just seven days.

Rolling Stone said the climb marks the "third-biggest week-to-week increase" in the chart's history, attributing it to the success of the group's online concert that was livestreamed on Jan. 31 in collaboration with YouTube.

Some 280,000 people from different countries, including Thailand, the Philippines, Japan, Britain and South Korea, signed up for a membership to watch the pay-to-view concert titled "The Show."

Among them, subscribers based in the U.S. accounted for the biggest share at 19.2 percent, according to YG Entertainment.

"The Album," released Oct. 2, is BLACKPINK's first full-length album since its debut in 2016. It includes the main track "Lovesick Girls," as well as prereleased hits "How You Like That" and "Ice Cream" featuring Selena Gomez. 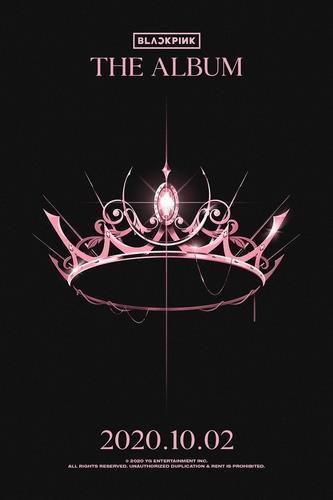 BLACKPINK's debut full album rebounds to No. 59 on Billboard 200

BLACKPINK's debut full album rebounds to No. 59 on Billboard 200