Kim attended the third day of the plenary meeting of the party's eighth Central Committee and reported on "important tasks" to ensure the implementation of the national economic plan by law, according to the official Korean Central News Agency (KCNA).

"The report stressed the importance to strengthen the legal supervision and control over the establishment and executive process of the national economic plan, the order of the Party and the law of the state," the KCNA said.

Kim called on the legislative sector to "remove irrational elements becoming stumbling blocks to the implementation of the national economic plan and enact and perfect new laws for every sector which help promote the efficiency of the production and construction."

He also urged legislative bodies, including the prosecution, to check for "illegal practices revealed in economic activities" and called for unconditional obedience from officials in "all sectors and units."

In the report, Kim also called on party officials to intensify political guidance to achieve this year's economic task, saying that the "faults revealed in the economic work in the last period" were caused by the party organizations that failed to fulfill their responsibility.

At the eighth congress of the ruling Workers' Party last month, Kim admitted the failure to meet the country's previous five-year development goals, describing the past few years as a period of "unprecedented, worst-ever trials."

He also unveiled a new five-year economic development plan focusing on self-reliance in the face of the fallout of the coronavirus pandemic and global sanctions on its regime.

A plenary session of the ruling party's Central Committee usually takes place at least once a year to decide its key policy line, organization reshuffles and other major issues. This week's meeting is second of its kind this year after the first plenary meeting of the committee was held last month during the party congress.

The KCNA said that the plenary meeting will continue, without saying when it will end. 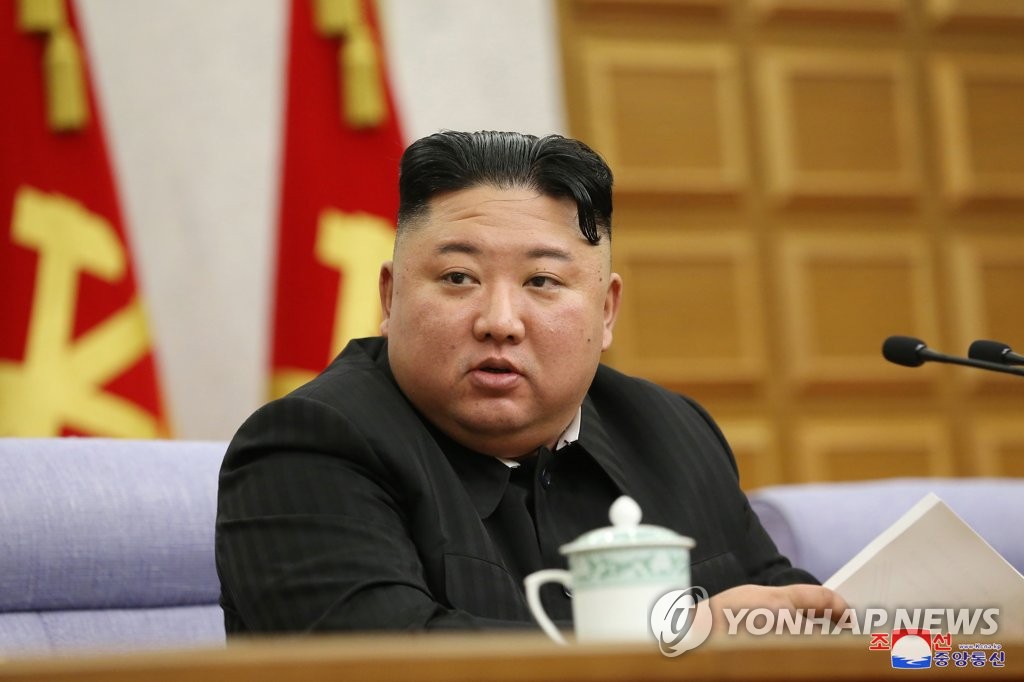