(ATTN: UPDATES with details throughout; CHANGES photo at bottom) 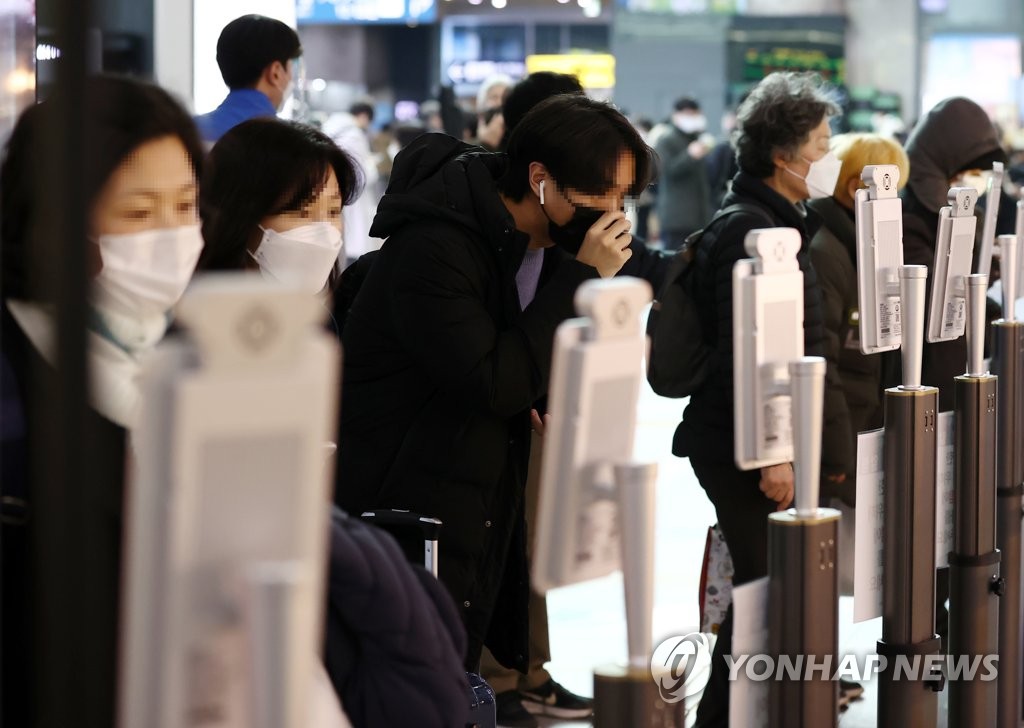 New virus infections have been slowing down since the third wave of the pandemic peaked at an all-time high of 1,241 daily cases on Dec. 25.

Health authorities remain on heightened alert as the extended Lunar New Year holiday kicked off Thursday for a four-day run including the weekend.

Many Koreans travel across the country to visit their relatives and families during the traditional holiday.

To fend off a potential flare-up during the holiday when travel and gatherings increase, authorities have kept in place tight social distancing requirements throughout the holiday, including a nationwide ban on gatherings of five or more people.

The government has also taken precautionary measures to discourage the Lunar New Year migration, permitting sales of only window seats on trains and withholding its annual exemption of toll fees on highways during the holiday.

Health authorities plan to announce whether they will lower the current virus curbs, the second-highest in the five-tier scheme, over the weekend, after gauging the trajectory of the pandemic during the holiday. 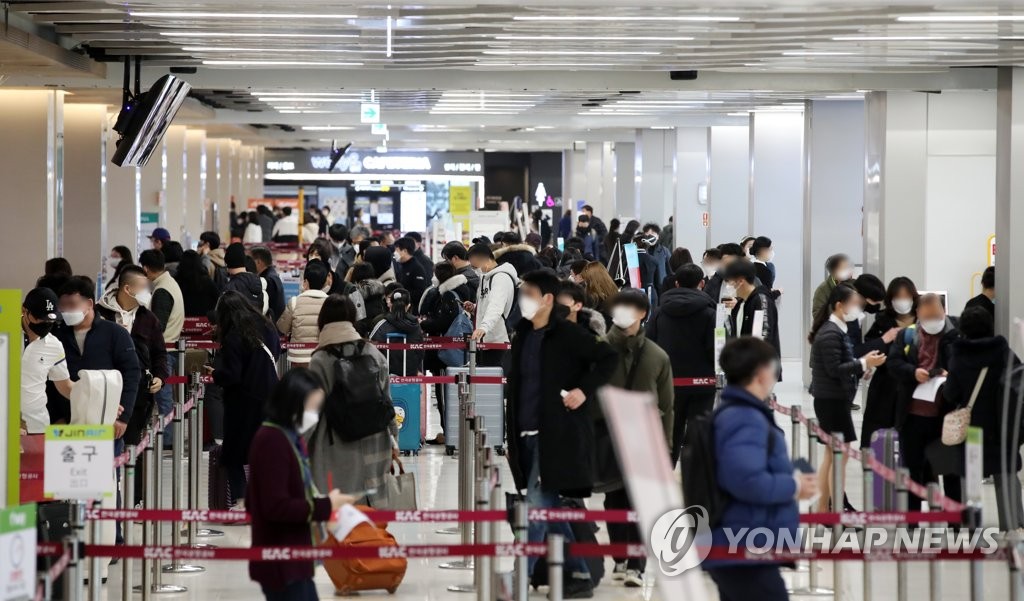 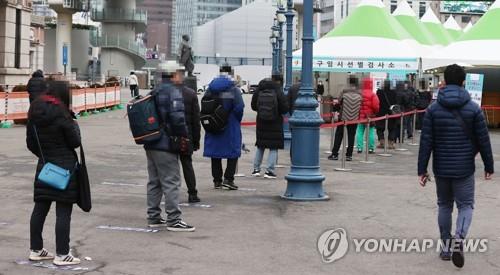