They also shared the view of the importance of their countries' trilateral cooperation with Japan in the conversation that took place three days after Chung, a former top security adviser to President Moon Jae-in, took office.

The talks came as Seoul seeks to strengthen policy coordination with the administration of U.S. President Joe Biden to resume stalled dialogue with Pyongyang and ensure that the North Korean nuclear issue remains among Washington's top foreign policy priorities.

"The minister and the secretary stressed that they will cooperate closely for the complete denuclearization of the Korean Peninsula," the ministry said in a press release.

"They also shared the understanding that it is important to continue cooperation between South Korea, the U.S. and Japan and shared concerns over the recent situation in Myanmar," it added.

The two sides also reaffirmed that the South Korea-U.S. alliance is a "linchpin" of peace, stability and prosperity in Northeast Asia, the Indo-Pacific region and the entire world and agreed to continue to develop the alliance to contribute to responding to pending global challenges and promoting shared values, the ministry said.

In addition, they agreed to hold high-level consultations as soon as possible to discuss pending bilateral issues.

The ministry did not elaborate on the bilateral issues, but they are expected to include coordination on a strategy to bring Pyongyang back to dialogue and other issues such as protracted negotiations on the sharing of the cost for stationing American troops here.

Soon after his inauguration late last month, Blinken also held phone talks with former Foreign Minister Kang Kyung-wha. They shared the understanding that the North Korean issue is an "urgent" matter that they should work closely to resolve. 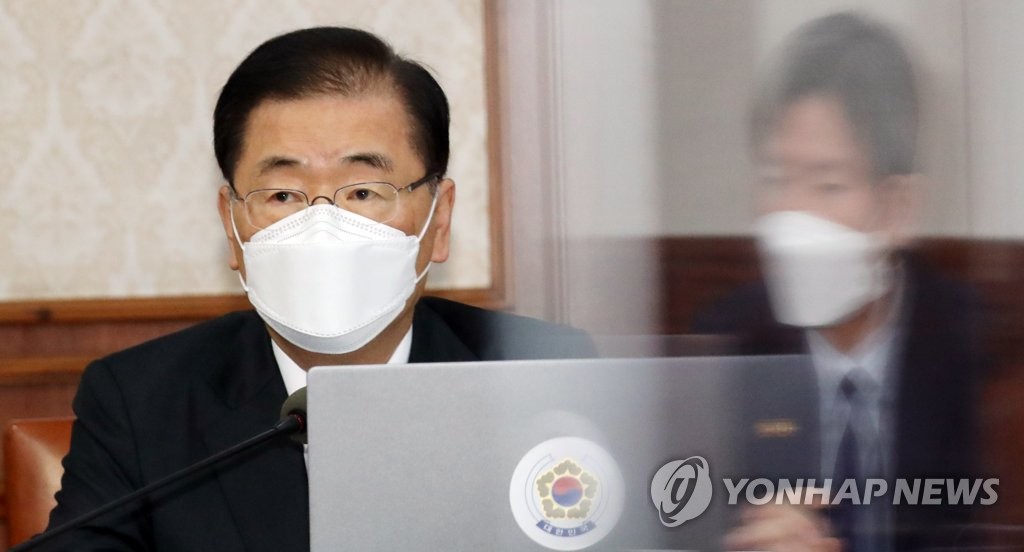