Starting this year, South Korea will give the full amount of government subsidies to electric cars that are priced below 60 million won, meaning only those who buy the Model Y standard trim can get the subsidies in full.

People who purchase the long-range trim and the performance model of the Model Y will get half of the government subsidies. 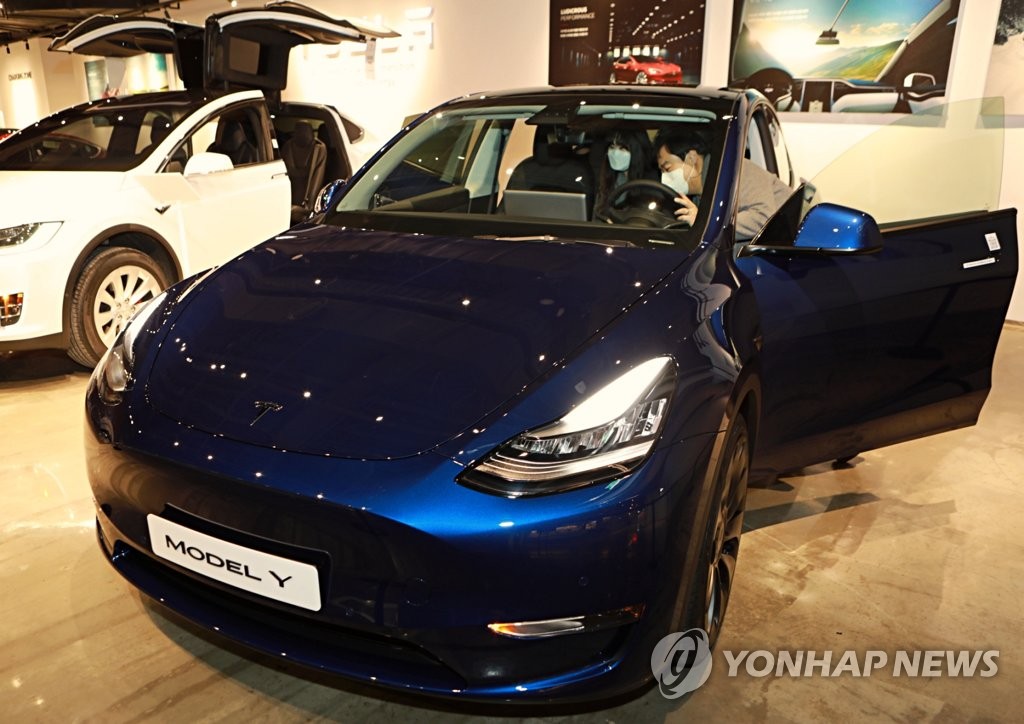 The Model Y is Tesla's newest vehicle launched in South Korea after the Model 3 in August 2019. It is also the first time in nearly three years that Tesla is bringing an SUV model to South Korea following the Model X in 2018.

Tesla Korea said the Model Y offers five-seat and seven-seat options, but the latter will be introduced in the country later.

The U.S. EV brand also launched the 2021 version of the Model 3 sedan. It will be available in three trims as well, with the price starting from 54.79 million won.

With the launch of new models, Tesla Korea said it will establish supercharger stations in 27 spots in the country and add a maximum eight maintenance centers nationwide by the end of this year.

According to data from the Korea Automobile Importers and Distributors Association and automakers, Tesla accounted for one-fourth of the total EV sales in South Korea last year.

The data also showed that imported EV sales reached 15,183 units in 2020, and Tesla represented 77.9 percent of them.