Jeong Bok-soo died at the age of 105, according to the House of Sharing, a facility in Gwangju, Gyeonggi Province, that supports sex slave victims.

The facility said her funeral will be held privately according to a Christian format. It decided not to disclose Jeong's story and profile at her bereaved family's request.

Jeong was the oldest surviving sex slave victim in South Korea. Her age was listed as 105 in the government's database as she apparently inherited the census registration records of her deceased older sister, but her actual age was 98, officials said.

At either age, Jeong was the oldest among South Korean sex slave victims, according to officials. She had been staying at the House of Sharing since 2013, until recently when her health began to deteriorate and she was hospitalized.

"When I visited the House of Sharing on Wednesday, she was hospitalized, and I wished for her recovery," Minister of Gender Equality and Family Chung Young-ai said. "I am saddened to hear that she has passed away."

Chung said her ministry will further improve its policies to help the remaining victims live in good health and comfort in their old age, and actively pursue projects to restore their honor and dignity. 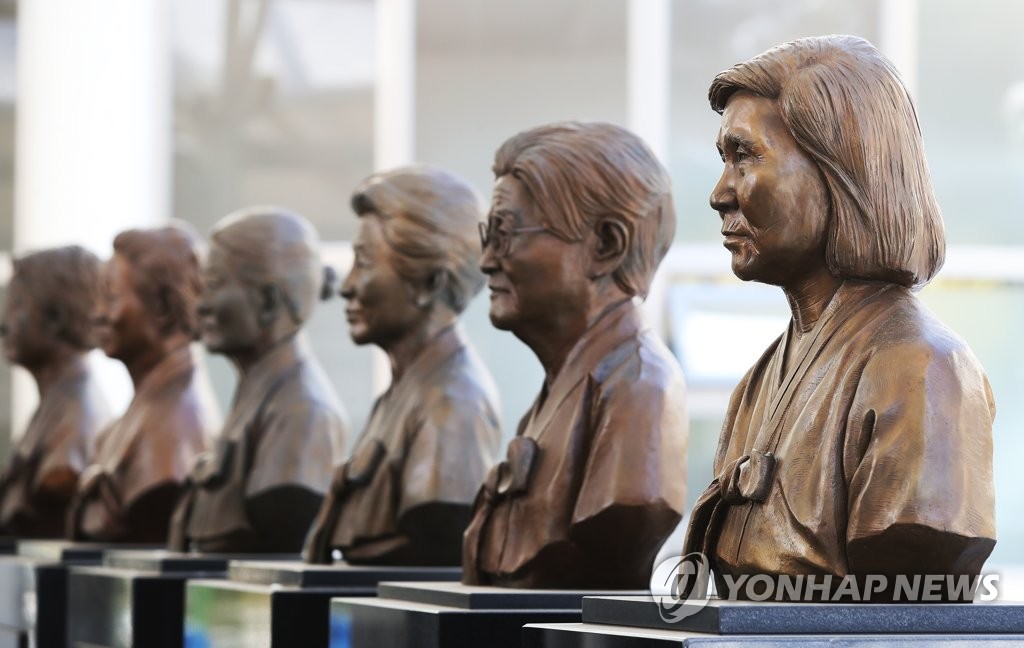