WASHINGTON, Feb. 12 (Yonhap) -- The North Korean nuclear issue remains a top priority for the U.S. government despite the recent lack of direct engagement with the country, a State Department official said Friday.

"I hope you don't confuse a lack of direct engagement with North Korea as an indication that the challenge of North Korea's nuclear weapons and ballistic missile programs -- to suggest that that's not a priority," Price said in a telephonic press conference. 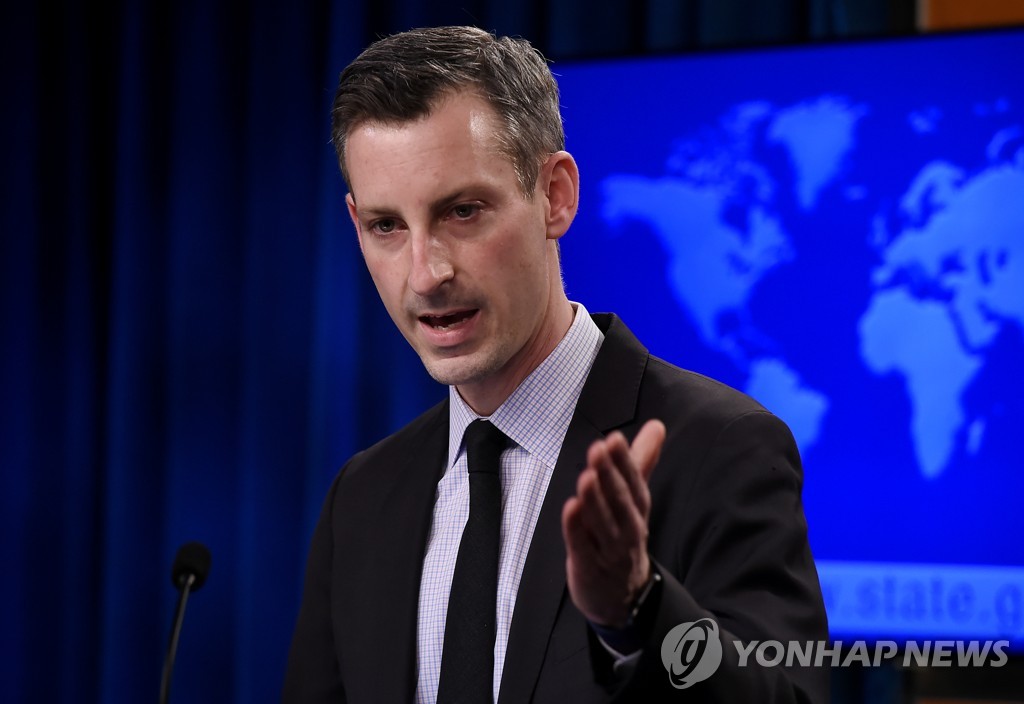 The new U.S. administration of Joe Biden has yet to engage directly with Pyongyang, let alone offer any direct message to the North, while many North Korea watchers argue it should, partly to prevent the North from staging any military provocation in an attempt to grab U.S. attention.

Price said the lack of direct engagement does not mean lack of interest or urgency.

"I think you were alluding at the top to the fact that we haven't engaged the North Koreans directly," the spokesman said when asked if there had been any behind-the-scenes contact with North Korea.

He said the North's continued development of nuclear weapons and ballistic missiles also made it "an urgent priority for the United States," adding the U.S. continues to be committed to the denuclearization of North Korea.

He stressed the importance of working with allies to that end.

"The United States, of course, remains the most powerful and strongest country in the world, but across every challenge we seek to bring along our allies and partners as force multipliers," he told the press briefing.

"And we know, especially in the context of North Korea, where a coordinated diplomatic approach, a coordinated approach to sanctions enforcement, a coordinated messaging approach can position us to address this challenge from a position of strength," added Price.

The U.S. is currently undertaking a complete review of its "entire" North Korea policy that it says will lead to a "new approach" toward North Korea.

Price earlier highlighted the importance of bringing U.S. allies to the "same page" when it comes to dealing with the North.

"That's precisely what we're seeking to do, so I wouldn't want to put a timeline on when you might see the next step in this process, but please know that that coordination is ongoing. It is very active," he said.