Saturday's infection tally was down from 403 cases the previous day and 504 on Thursday when the number of new cases surged to a 15-day high despite tough virus curbs, such as a nationwide ban on gatherings of five or more people. 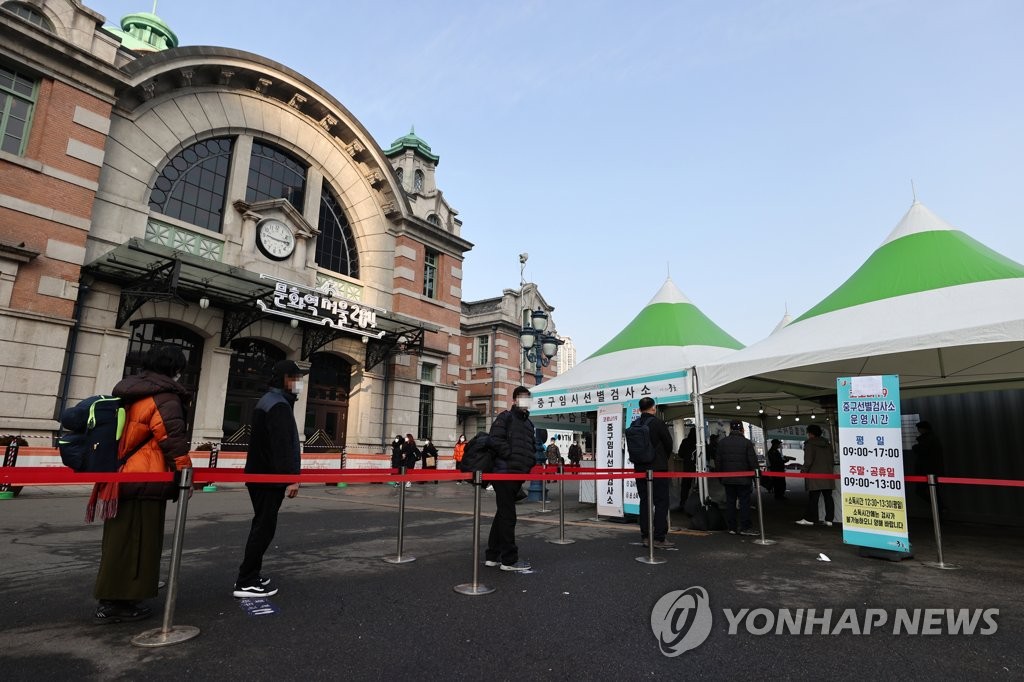 The government decided to ease social distancing to Level 2 -- the third highest in a five-tier system -- for the greater Seoul metropolitan area and Level 1.5 for other areas, starting Monday.

The authorities also decided to ease restrictions on restaurants and other public facilities in the Seoul metropolitan area, allowing them to operate for one more hour until 10 p.m. But they retained a ban on gatherings of five or more people.

"It is a decision that we made while adhering faithfully to principles but in consideration of public fatigue," Prime Minister Chung Sye-kyun said during a session of the Central Disaster and Safety Countermeasure Headquarters.

Wary of a possible uptick in infections, the government had been stewing over how to adjust antivirus measures.

Health authorities have also been concerned about a potential rise in new cases after the Lunar New Year holiday, which kicked off Thursday for a four-day run. They have urged people to stay at home instead of travelling for family reunions.

Sporadic cluster infections continued to hamper the campaign to stop the winter wave of COVID-19.

The number of COVID-19 cases traced to a university hospital in eastern Seoul increased by three to 98, while the cases linked to a gathering of acquaintances in central Seoul rose by two to 57.

The count of infections tied to a dancing hall in Goyang, west of Seoul, swelled by 31 to 73, while the numbers of cases linked to a rehabilitation center and a nursing home in the southeastern port city of Busan grew to 45 and 23, respectively.

Of the 345 locally transmitted cases, 257, or 74.5 percent, were reported from the greater Seoul area, including 131 in the capital and 97 in Gyeonggi Province, which surrounds the capital.

There were 17 cases from overseas, raising the total number of imported cases to 6,676. They include six from the United States, three from Indonesia and two from Russia.

Based on tests of 101 people since Tuesday, the health authorities identified eight more cases of COVID-19 variants, bringing the total tally of variant cases to 88. Of the new cases, five were infected with the British variant, and three contracted the mutated strain from South Africa.

In Saturday's tally, the number of seriously or critically ill COVID-19 patients came to 157, down four from a day earlier.

The total number of people released from quarantine after making full recoveries was 73,227, up 291 from a day earlier, with 8,458 people being isolated for COVID-19 treatment, up 64 from a day ago. 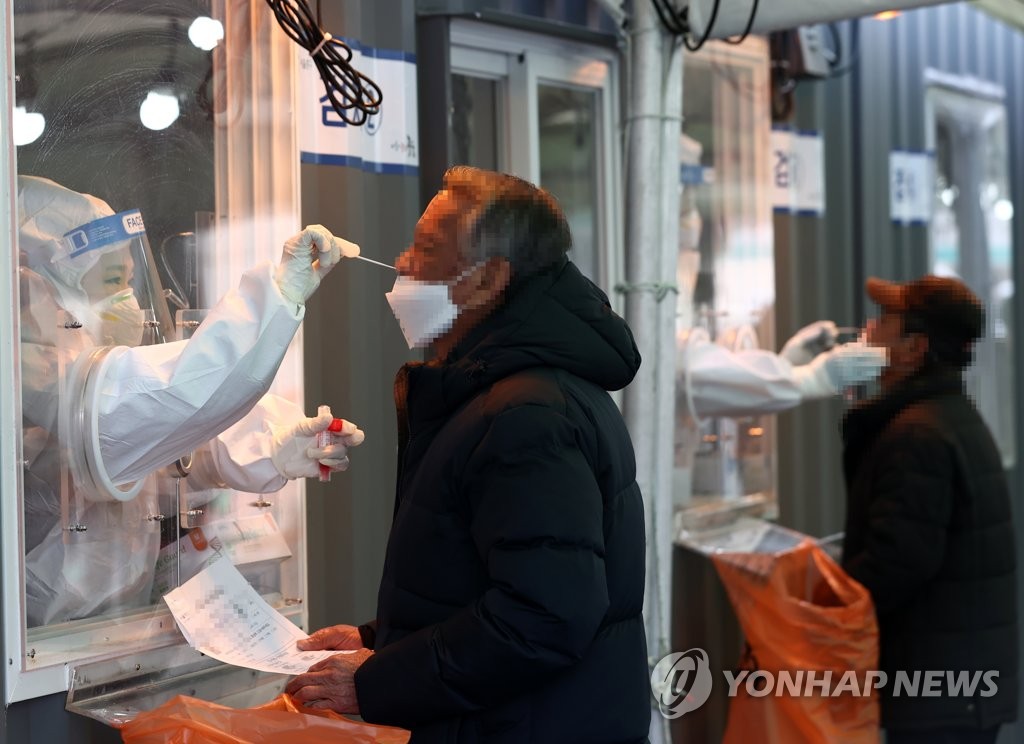