The planned exercise has drawn keen attention amid concern that North Korea could use the exercise as a pretext for provocations in the early months of the administration of U.S. President Joe Biden. Pyongyang has long denounced such drills as a rehearsal for invasion.

Despite complaints from the North, the computer-simulated command post training will likely kick off in mid-March, according to the sources.

Consultations are under way between Seoul and Washington to decide the details, including its size and schedule.

"Discussions have continued at the working-level and we will have a meeting to finalize the decision," an official said.

The two allies usually stage major combined exercises twice a year, along with smaller-scale drills throughout the year.

But they "indefinitely" postponed the springtime program in 2020 in the face of the new coronavirus pandemic, and the summertime exercise was held in a scaled-back manner in August.

Talks are also under way about the Full Operational Capability (FOC) test, which is meant to check if Seoul is on course to meet the conditions to retake the wartime operational control (OPCON) of South Korean troops from the U.S.

The test was supposed to be held in 2020, but the two sides were not able to do so due to the COVID-19 situation.

No exact timeframe has been set for the envisioned transition, though the current Moon Jae-in administration has hoped to retake it within Moon's term that ends in May 2022. 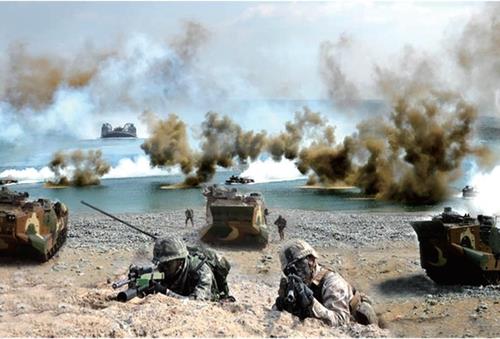